LOS ANGELES, Jan. 25, 2023 /PRNewswire/ -- Tapas Entertainment announced the release of a series of special episodes for the "Solo Leveling" webtoon, a global megahit with 14.3 billion cumulative views worldwide. Long awaited by global fans since the conclusion of the original story in December 2021, the side story episodes are especially meaningful as they were created by a team of artists who worked directly with the original "Solo Leveling" creator, the late Jang Sung-rak (pen name DUBU). The special episodes are dedicated to the late artist and extend the series' creative legacy in his stead. The new episodes will launch on the Tapas app January 27 at 5 a.m. PT. The special episodes will be included in 3Hr Wait Until Free, allowing users to unlock available episodes for free every three hours. For those wishing to read through the series at their own pace, they can choose to purchase Tapas Ink to unlock the available episodes at any time. Tapas will release new installments weekly. 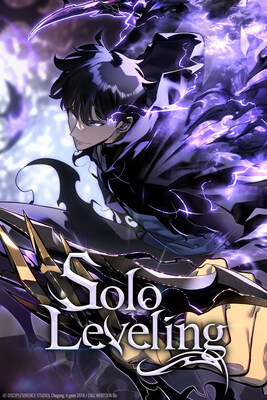 The new episodes will cover side stories and an epilogue, all of which were published after the conclusion of the original web novel series. "Solo Leveling" began as a web novel and was later adapted into a webtoon series by Kakao Entertainment, Tapas' parent company.

"We're excited that Tapas is one of the first platforms to debut the new 'Solo Leveling' special episodes. The 'Solo Leveling' fandom on Tapas is extremely passionate and to provide them with content that has such a special tie to DUBU and is a continuation of the expansive worldbuilding they know and love is our privilege," said Kakao Entertainment's Global Business Director Jayden Kang.

Included in the plot of "Solo Leveling" will be the epic battle between the Giants and the 10-million-strong Shadow forces, which will decide the fate of humanity, as well as the love story surrounding main protagonists, Sung Jinwoo and Cha Haein. All of the new episodes are expected to draw in the massive fan base of the original series worldwide.

Written by Chugong and adapted by h-goon, with illustrations by the late Jang Sung-rak, "Solo Leveling" is highly regarded as the title that truly put the K-webtoon genre on the map with global readers. The original story centers on the world's weakest hunter, Sung Jinwoo, as he levels up to become one of the strongest forces who can save the world. Its massive scale and engaging plot captivated global comic fans. Produced under Kakao Entertainment's novel-to-comics system, which adapts great web novels into webtoons, the webtoon adaptation has been incredibly popular and still has a loyal readership long after the conclusion of the series.

The new addition carries sentimental significance as it will be a collaborative work by artists paying tribute to Jang Sung-rak, who passed away last year in July. Jang had begun work on the side stories before his death, and the artists who worked with him, many of whom were students he trained, were keen to carry on the legacy of the series in his honor. Jang's family endorsed their decision to continue the serialization.

The illustrators have decided to work collectively under the name Disciples, as many of them got their start learning how to paint, color, and do line drawings under Jang. The group, knowing the high expectations of fans awaiting the series, has dedicated itself to going the extra mile to recreate the creative spirit and approach of the original webtoon down to the smallest details.

For inquiries or corrections to Press Releases, please reach out to Cision.
✕
× Close Ad