It’s that time of the year again when the cool air is nipping, and life is all about family and friends. Some people may have already started (or even finished) their Christmas shopping. Others may have already begun planning their holiday gatherings—travel included. Hollywood may be able to offer up some inspiration as you’re firming up your holiday plans. Whether it is taking a magical journey into a snow-covered village or spending time with unexpected company in strange small towns, a few fan-favorite films come to mind.

Bounce researched films that take place during the holidays, involving travel as a significant element, and highlighted 10 of the best. Each film had to have at least a 6.5 on IMDb with over 10,000 user votes to qualify.

Keep reading for some travel-inspired holiday films. Be prepared for some holiday cheer. 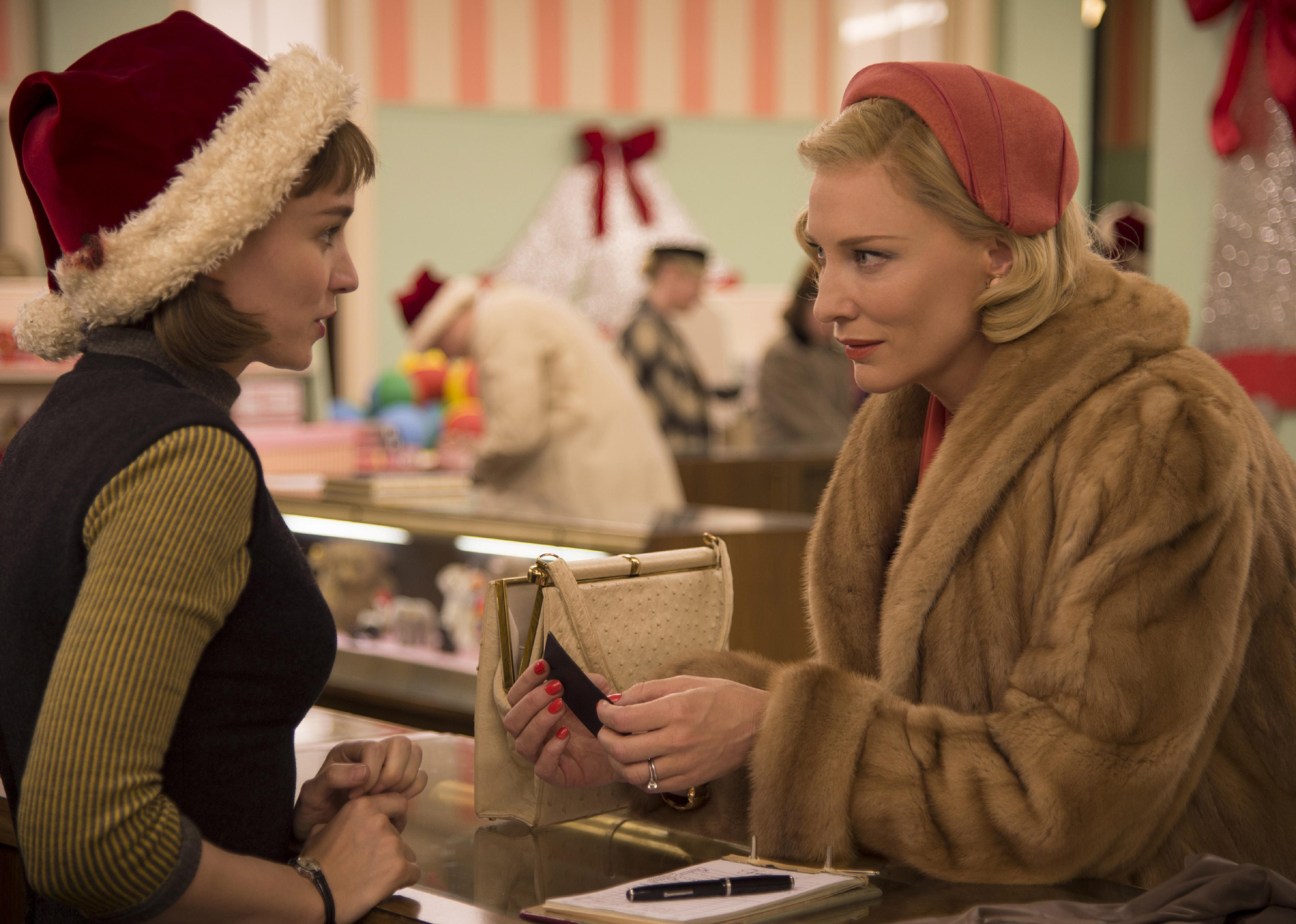 In this romantic film adapted from the 1952 novel “The Price of Salt,” authored by Patricia Highsmith, a lesbian romance unfolds in New York City.

One day while doing some last-minute holiday shopping, New York City shopgirl and aspiring set designer Therese Belivet (Rooney Mara) meets a sophisticated older woman named Carol Aird (Cate Blanchett). Even though Therese and Carol have men in their lives, they struggle to live up to society’s conservative 1950s expectations as they explore their deep connection with each other.

The Guardian’s Peter Bradshaw described the film as “handsomely detailed and furnished,” whisking viewers into a luxurious past of perfectly coiffed women, train carriages, and record players. “Carol” received many nominations for cinematography, costume design, hair and makeup. It also won Rooney Mara the Best Actress in a Supporting Role award at the Cannes Film Festival in 2015. 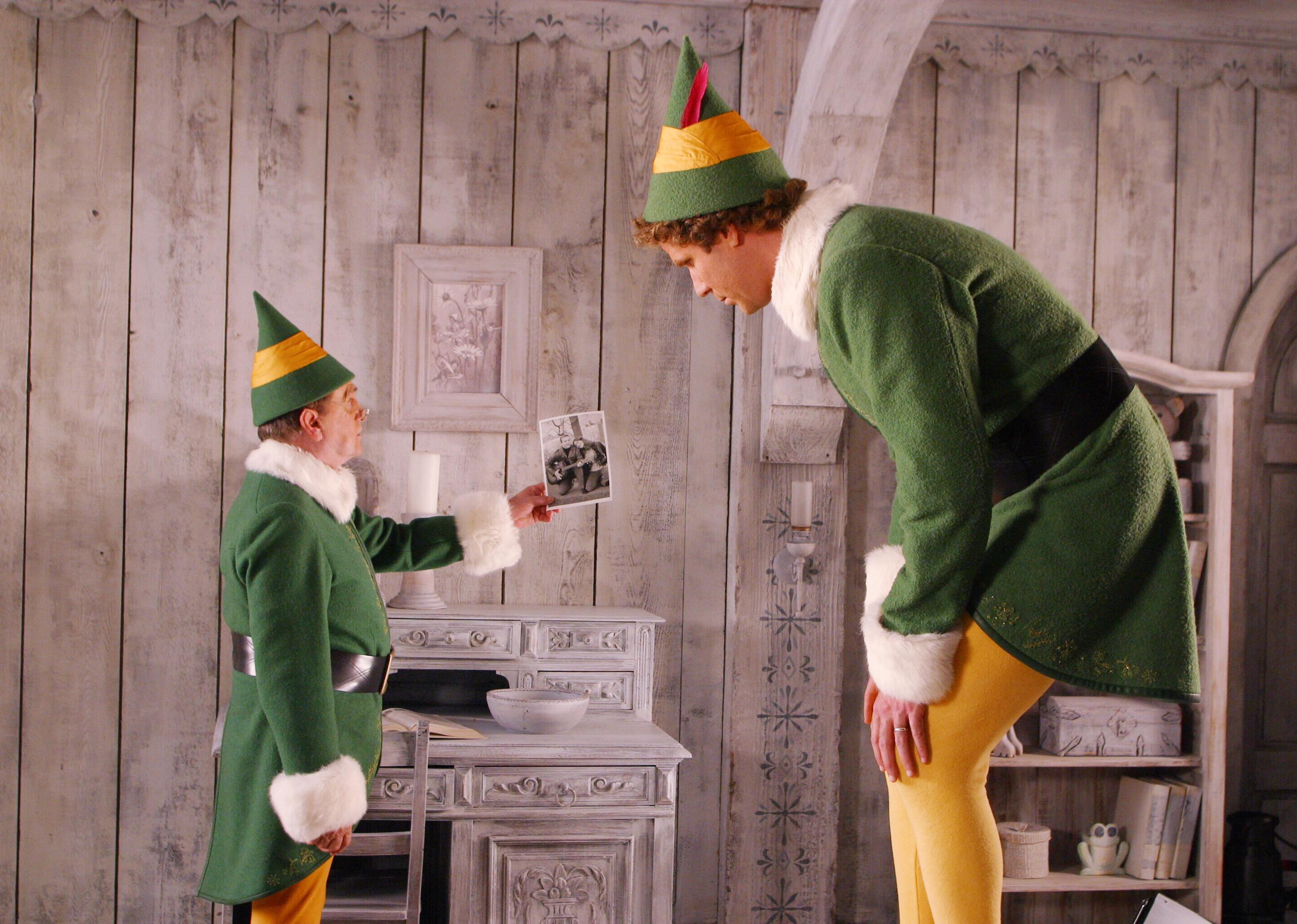 In this Christmas comedy, a human baby crawls into one of Santa’s toy sacks, but St. Nick doesn’t realize it until he reaches the North Pole. Santa and the elves decide to keep the infant, naming him Buddy (Will Ferrell).

As time passes, Buddy becomes knowledgeable in the elfin way of life but isn’t aware of his human origins until he overhears his elven peers discussing his distinctive traits. Buddy soon seeks out his biological father in New York City, which comes with its own set of obstacles. The film features a magical New York City during Christmas, complete with prominent Gimbels department store appearances, which may inspire nostalgia in some viewers. 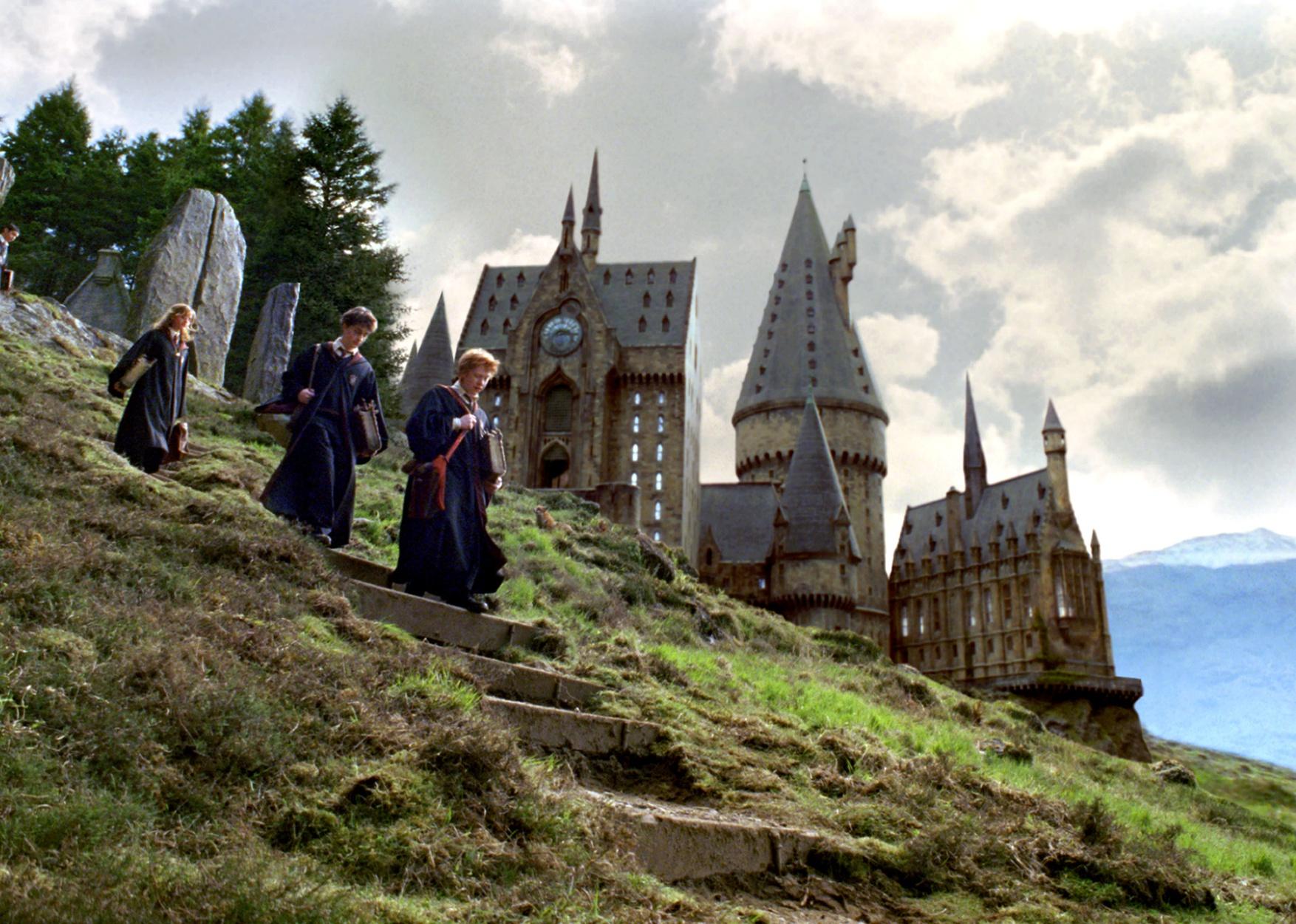 Harry Potter and the Prisoner of Azkaban (2004)

In one scene, the characters visit Hogsmeade, a magic-filled and quaint snow-covered village, complete with an old-fashioned sweets shop. 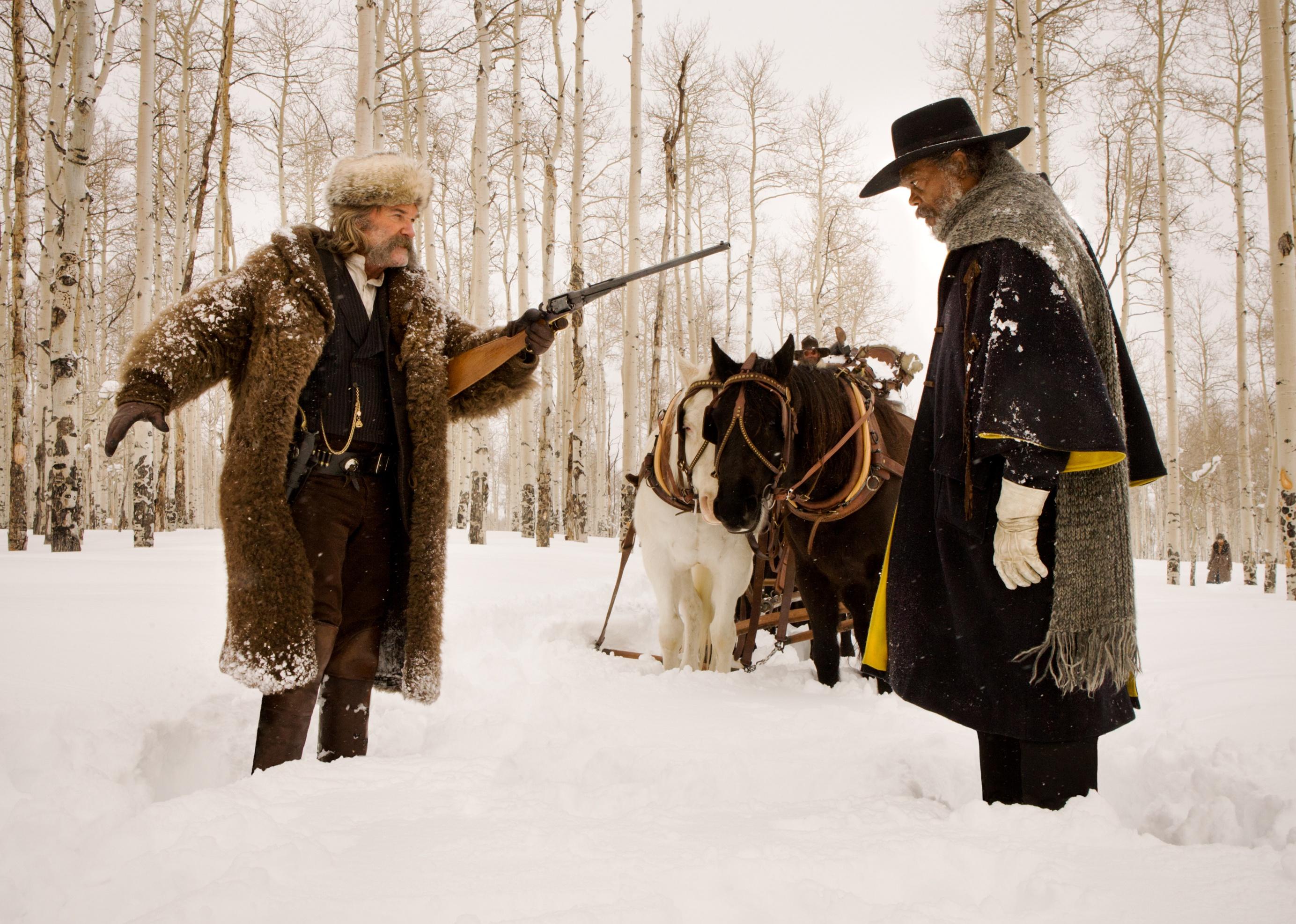 “The Hateful Eight” has become an unusual Christmas favorite for those in the mood for something less saccharine. The story follows eight strangers in post-Civil War Wyoming as they seek refuge in a lodge from a blizzard. Humorous but violent scenes ensue. Once Bob (Demián Bichir) starts to play “Silent Night” on the piano, as Maj. Marquis Warren (Samuel L. Jackson) and Gen. Sandy Smithers (Bruce Dern) eat around the fireplace with blankets on their laps, it begins to feel a little like Christmas—albeit menacingly. 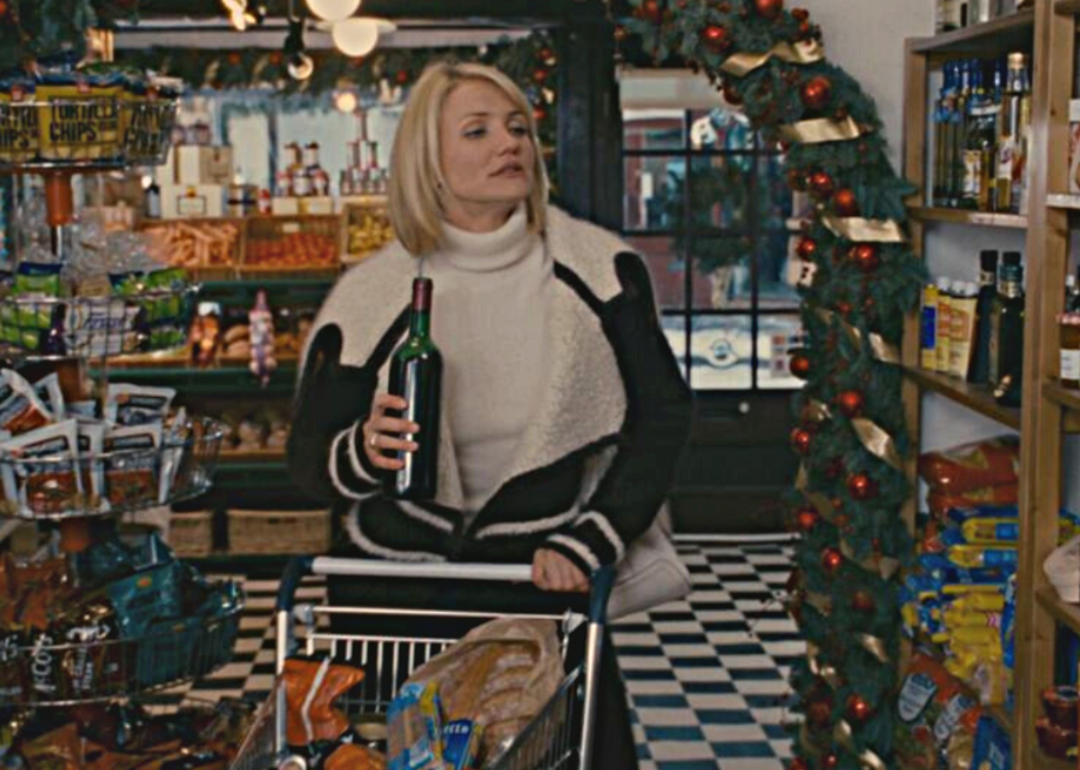 In the romantic comedy “The Holiday,” two women who meet online find themselves similarly unlucky in love and agree to swap homes for the holidays. Amanda Woods (Cameron Diaz), a hardworking businesswoman in the movie industry who lives in Los Angeles, will soon exchange locales with society columnist Iris Simpkins, who lives in a cozy stone cottage in England’s countryside.

The change of scenery is positive for both women, not only in terms of romantic possibilities but also in sheer beauty. Iris’ cottage is decorated in shabby chic fashion, complete with ivy and a freestanding tub, while Amanda’s is a two-story bougainvillea-laden dream. Sceneries will have viewers itching to book the next flight across the Atlantic. The film won a Teen Choice Award in 2007 for Choice Movie: Chick Flick. 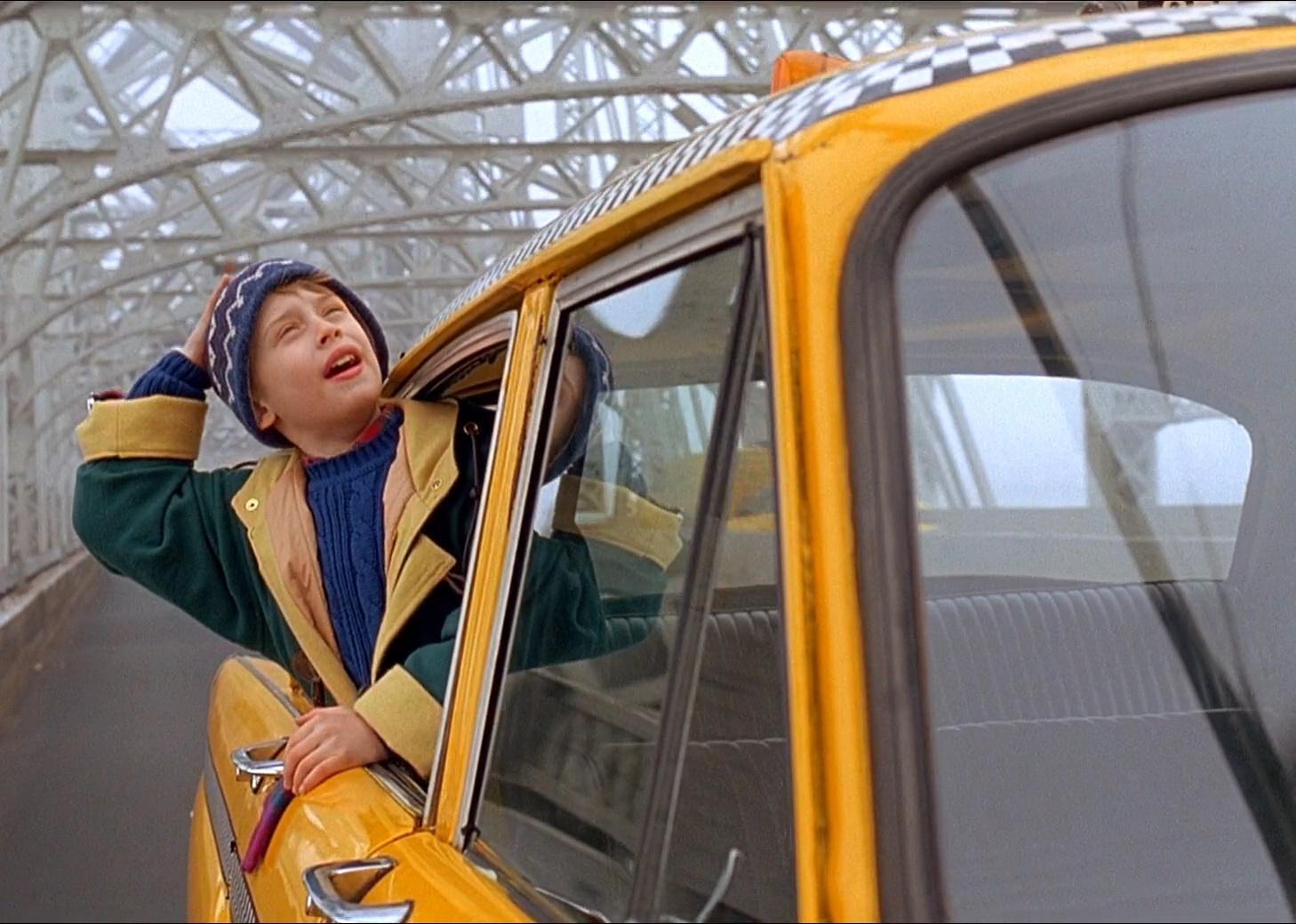 In “Home Alone 2,” 10-year-old Kevin McCallister (Macaulay Culkin) and his family are supposed to go on a Christmas trip to Florida, but Kevin ends up lost at the airport and ends up getting on the wrong plane—to New York. With his father’s credit card and wallet in tow, Kevin books a luxurious suite in a Manhattan hotel, which include a massive bed and an extra-extra-large sundae.

It sounds like a perfect holiday until he’s kicked out of the hotel and must face the same burglars he confronted in the first installment. “Home Alone 2” takes Kevin across many New York sights, including Radio City Music Hall, the Statue of Liberty, Central Park, and even a Santa on stilts outside the Empire Diner. 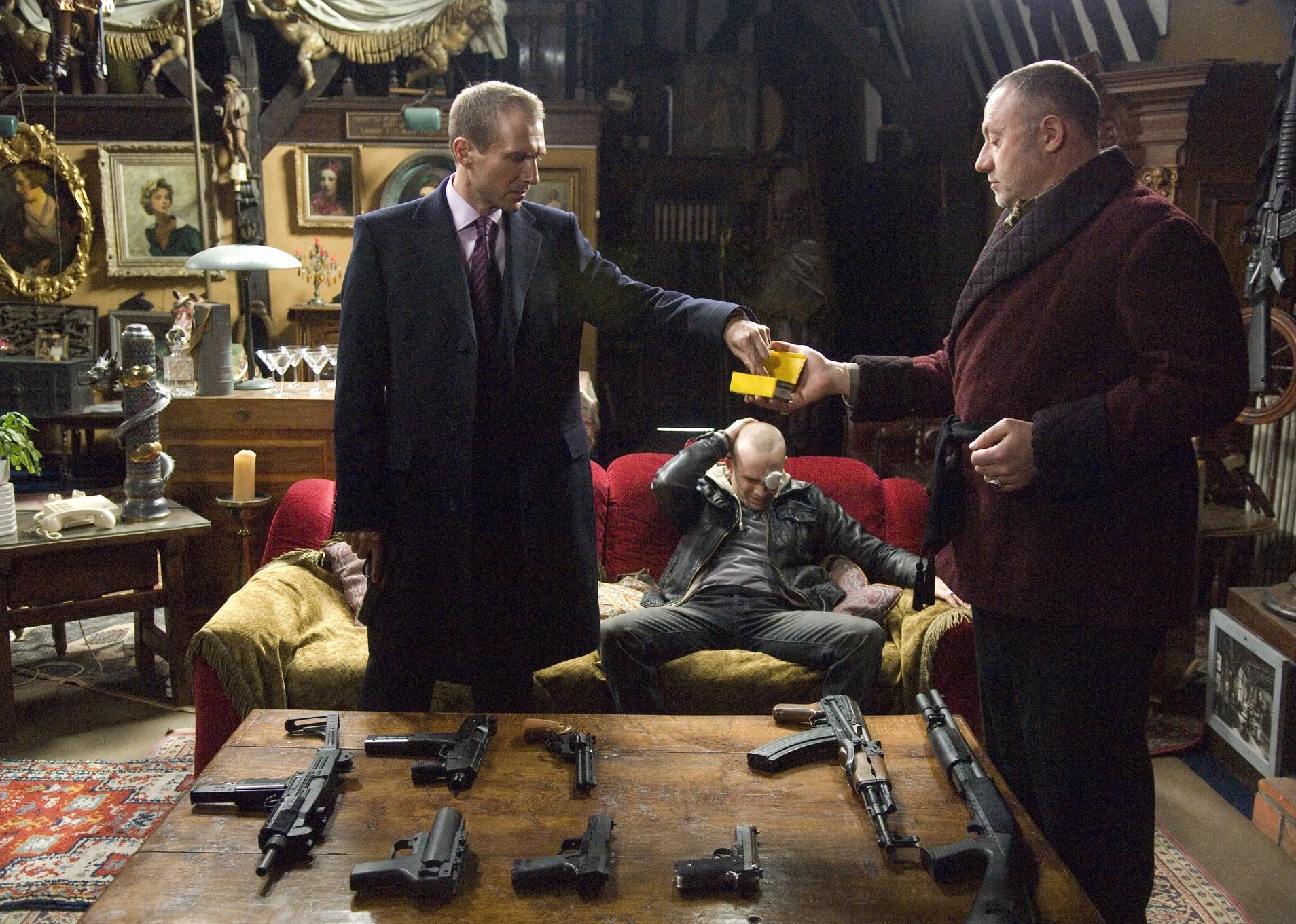 In this comedy-drama thriller, assassins Ray (Colin Farrell) and Ken (Brendan Gleeson) travel to Bruges in Belgium around Christmastime to hide after a failed assassination. Ray, filled with guilt about the botched first job for his crime boss, wants to leave Bruges, while Ken views the trip as a mini-vacation.

The film treats viewers to picturesque locations in Bruges, including the Market Square and Belfry (which appears on UNESCO’s World Heritage list) and Relais Bourgondisch Cruyce, the boutique hotel where the killers stay. The film received several awards, including a BAFTA Award for Best Original Screenplay. 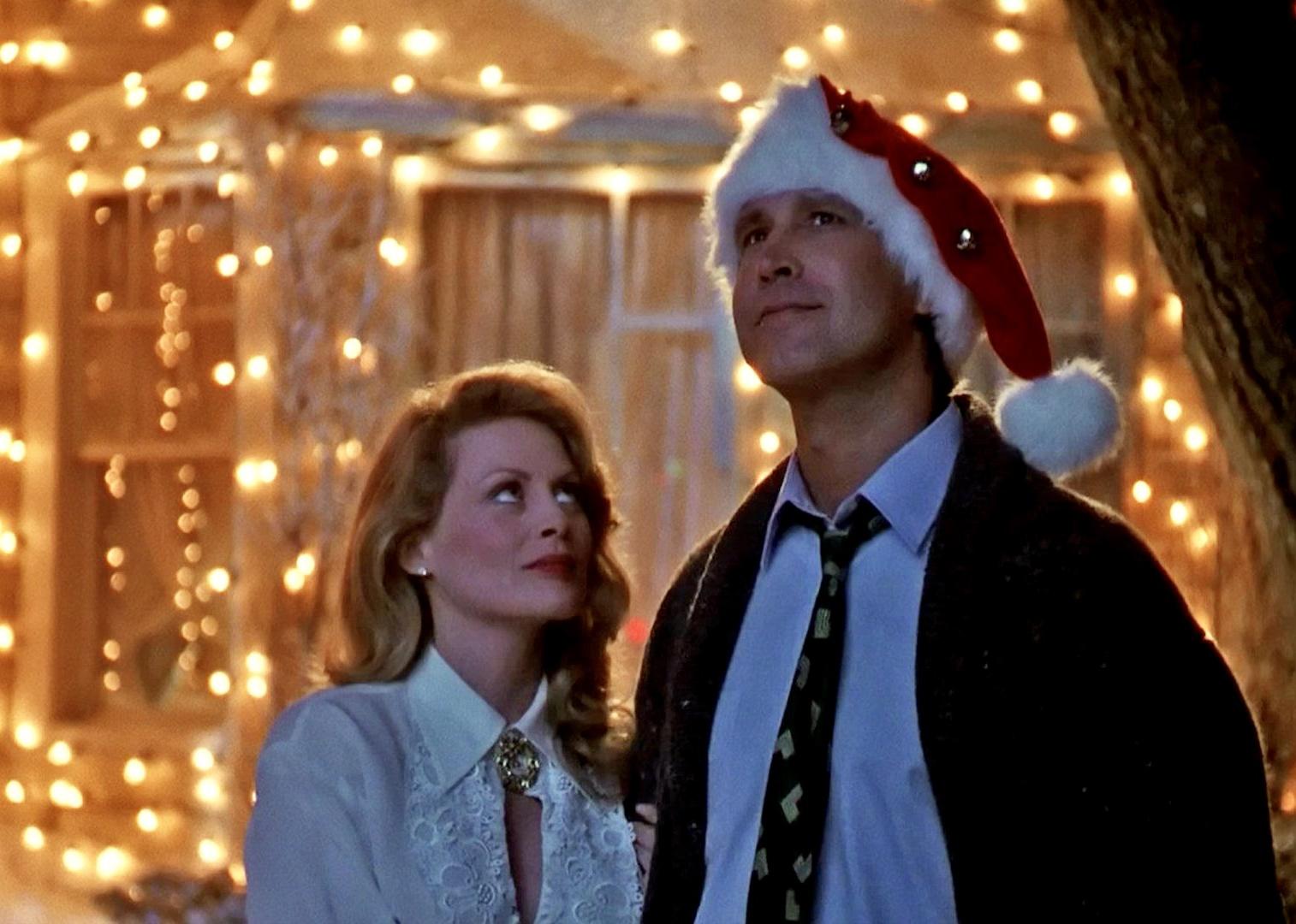 In this slapstick comedy film, everything seems to go awry for the Griswold family as they prepare for their holiday celebration. Clark Griswold (Chevy Chase) is determined to have a fun, traditional family Christmas with his wife Ellen (Beverly D’Angelo) and two kids, but having both sets of inlaws and Clark’s grumpy uncle and nutty aunt complicate things.

With floors collapsing, ladders falling, and a moment in which Clark must swerve the car to avoid a collision with a snowplow and an epic sledding scene super-powered by an experimental “non-caloric silicon-based kitchen lubricant,” viewers will enjoy more than a few chuckles. Scenes of the Griswold home were filmed in Los Angeles, with most outdoor scenes filmed in Breckenridge, Colorado. 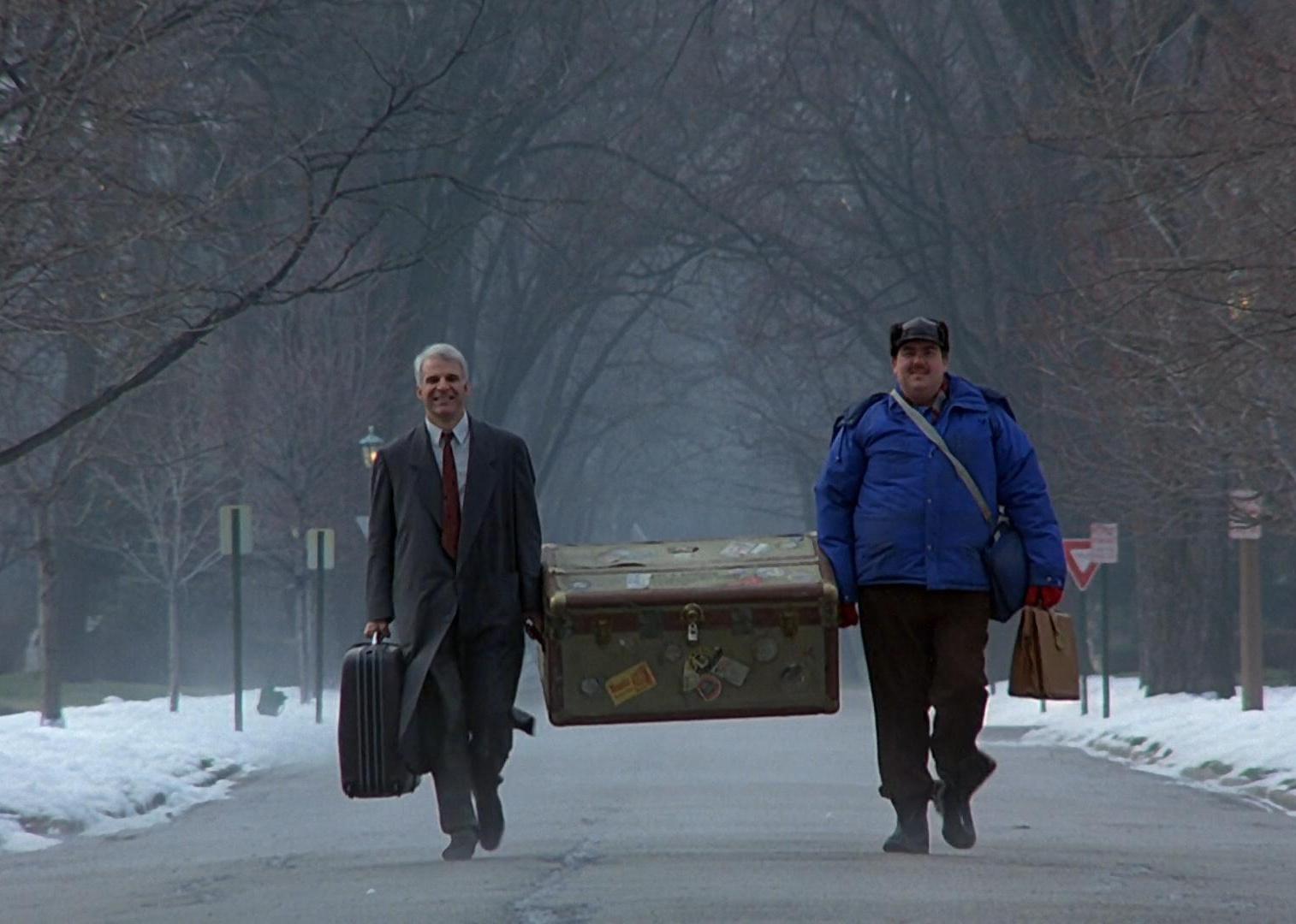 In this comedy flick, easily frustrated Neal Page (Steve Martin) is trying to get home to Chicago to spend Thanksgiving with his wife Susan (Laila Robins) and kids. But of course, everything that can go wrong does.

The heavy snow in Chicago causes Neal’s flight to get rerouted to a city in Kansas. With the hotels already booked, he has no choice but to share a room with Del Griffith (John Candy), the friendly, easy-going, quirky traveling salesman. The two go on adventures while viewers get treated to homey small-town locations, including the classic gazebo in the middle of the square. 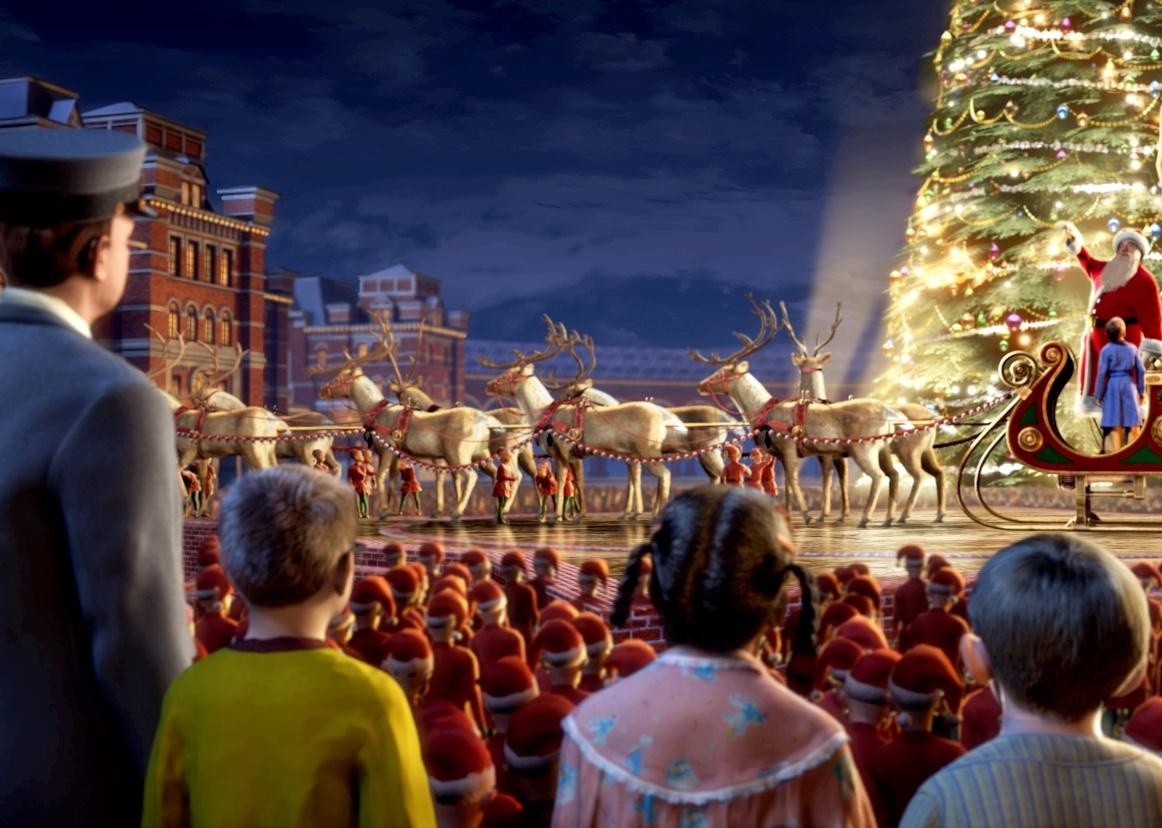 In this animated film based on the bestselling book by Chris Van Allsburg, a young boy goes on an adventurous trip, leaving on Christmas Eve. The boy travels via train from his hometown of Grand Rapids, Michigan, to the North Pole. Along with other children, he is treated to a literal song and dance by the servers and chefs, which ends with a steaming cup of hot chocolate; sights of the otherworldly northern lights shimmering high above; and, of course, a majestic North Pole.

Once the train stops, the conductor informs the children about the elves gathered in the magical city and how Santa awaits them to give them gifts. Grand gestures notwithstanding the film’s message—that true Christmas lies in one’s heart—is one that will leave viewers reaching for their loved ones.

This story originally appeared on Bounce and was produced and distributed in partnership with Stacker Studio.

If you’re shopping for Valentine’s Day gifts, there’s a good chance you’ll find the perfect one for your significant other on Amazon.

If you’re looking for the best Valentine’s gift ideas to show your teenager you care, there are a ton of options in every category.

How to protect yourself from carjackings

Jury may not hear cops’ admissions in Tyre Nichols’ …

Family speaks out after loved ones killed in DUI …

Pandemic missing: Kids who didn’t go back to school

Rare bourbon may cause heads to roll in OR agency

Beware of online pet scams: What to watch for

How to protect yourself from carjackings

Family speaks out after loved ones killed in drunk …

Man accused of running over woman in Leake County

One injured in shooting on Queen Mary Lane in Jackson

Family speaks out after two killed in drunk driving …

MLBC on passage of bills on Jackson water, courts

One injured in shooting on Queen Mary Lane in Jackson

Man accused of running over woman in Leake County