In the United States, finding balance between working arduously at a job and meeting obligations to loved ones—not to mention finding time for a healthy social life and personal time—proves to be a perpetual balancing act. Perhaps that’s why U.S. holidays are such a cornerstone in people’s personal and professional lives.

From religious holidays like Hanukkah, which offer a time of reflection and gratitude, to joyous occasions like New Year’s Eve, Americans appreciate the freedom to celebrate who they are on both a personal and community level while getting a needed reprieve from work. U.S. Bureau of Labor Statistics data shows that just 79% of workers in the private and state and local government sectors get paid time off for at least eight holidays per year.

Of course, the world continues to shift and—depending on the generation—attitudes and personal connection to certain holidays will differ, whether they are paid holidays or not. What millennials are more likely to celebrate may not be the same as those in Generation X. And it will certainly differ from baby boomers, who interestingly have a different top holiday than millennials and Gen Xers.

To discover which U.S. holidays are most popular with the different generations, Pyn used data from YouGov and U.S. Bureau of Labor Statistics surveys to rank the most favored national and religious holidays. The analysis breaks ties based on the familiarity of a holiday. 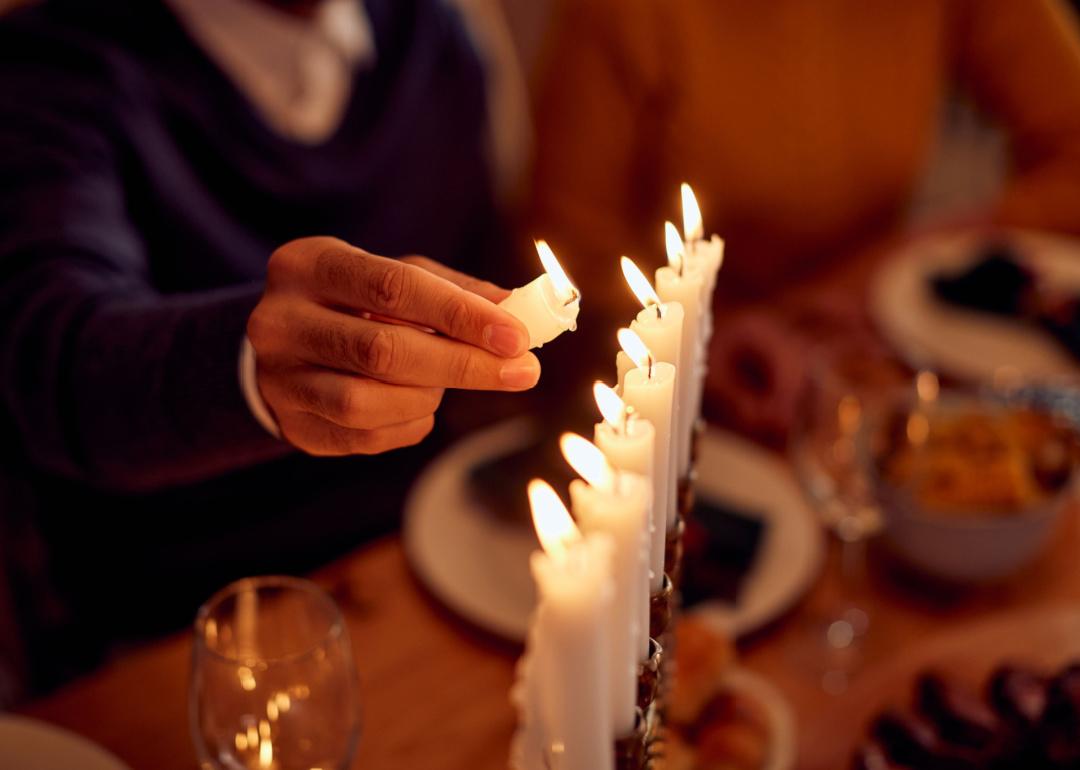 Hanukkah, also known as the Festival of Lights and the Feast of Dedication, is an eight-day Jewish holiday normally observed on the 25th day of Kislev, which translates to a modern day time period between late November and late December, depending on the year.

It commemorates the rededication and purification of the Second Temple of Jerusalem after several Maccabean triumphs over Antiochus IV Epiphanes and his forces in 164 B.C. People celebrate each day of the holiday by lighting a candle on a branched menorah, saying special prayers, and preparing delicious foods like challah, a braided bread. 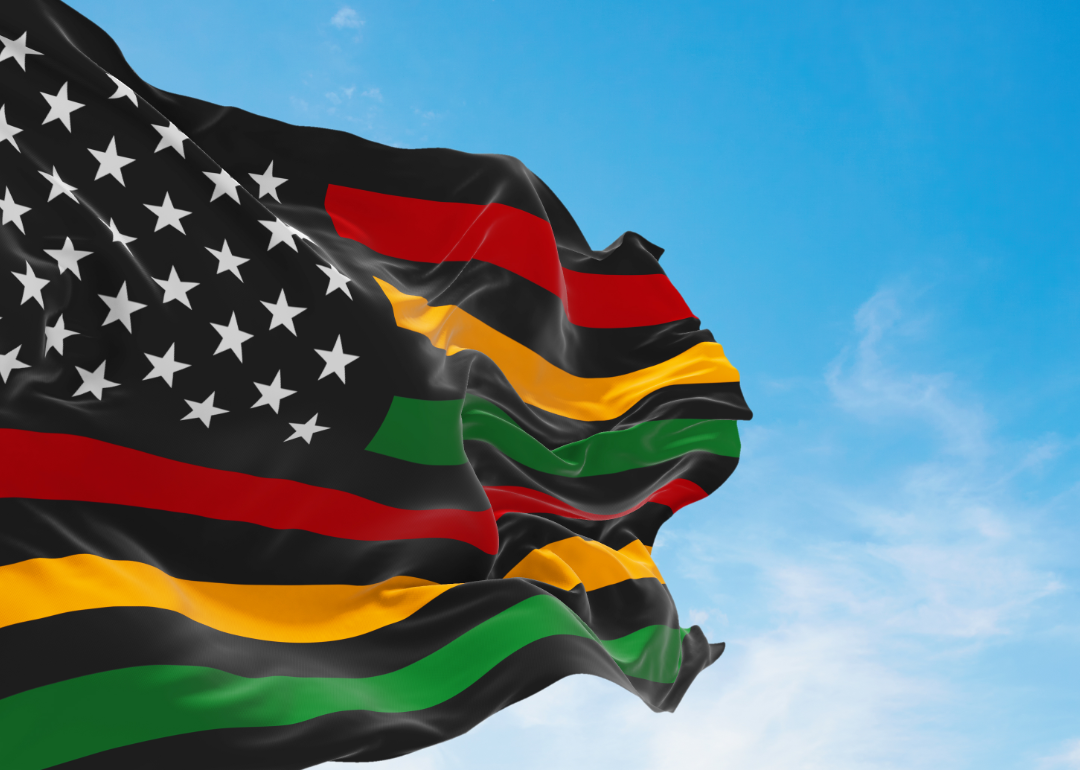 Black History Month is the celebration of important events and people who are Black American or hail from the African diaspora.

The holiday was created in 1970 and was declared a U.S. national holiday by former President Gerald Ford in 1976. It is celebrated throughout the month of February, with many people taking time to learn more about national and local Black history in addition to attending commemorative events, parades, luncheons, and more. Over the years, more K-12 schools, higher education institutions, and businesses have also begun incorporating lessons and activities honoring Black history and leaders as part of Black History Month, increasing widespread awareness. 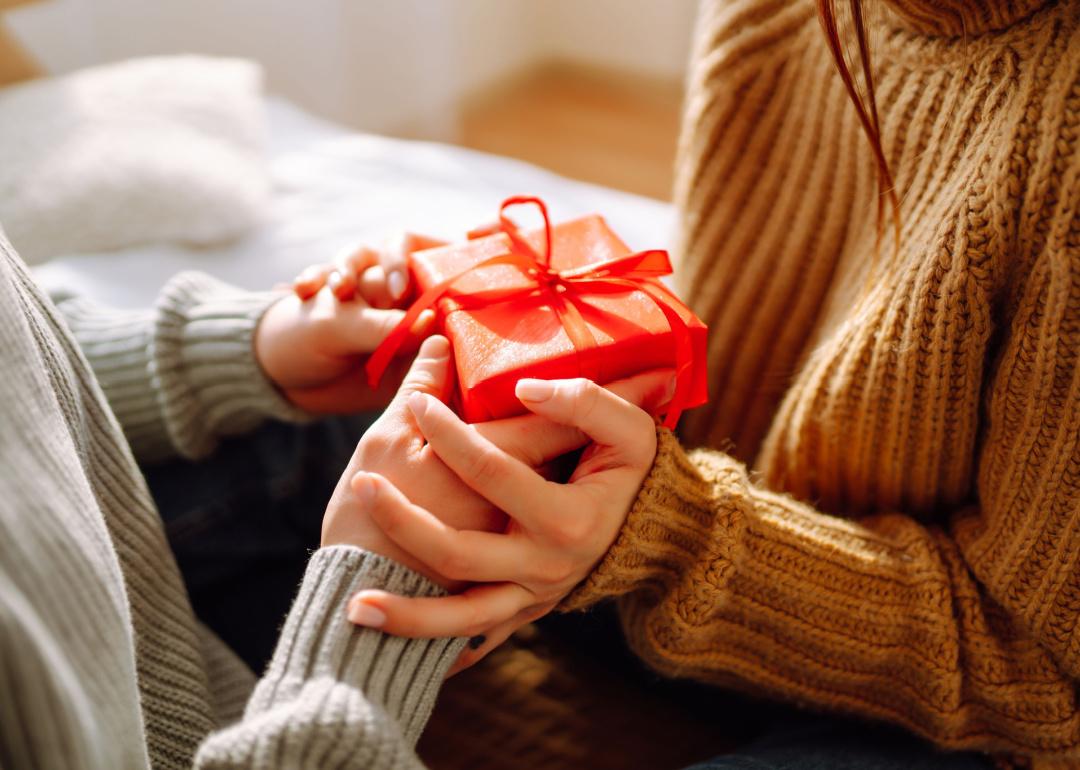 The day for lovers often gets a bad rap for being a marketing grab, but many have made the holiday their own by turning it into “Galentine’s Day”—a ladies’ only celebration—or “Palentine’s Day” to spend with good pals. There’s no doubt that today’s holiday is a far cry from its origins of celebrating two Christian martyrs named Saint Valentine. In 2022, Americans spent $23.9 billion on their loved ones for Valentine’s Day, according to the National Retail Federation.The holiday is particularly well-received among baby boomers, who range in age this year from ages 58 to 76. 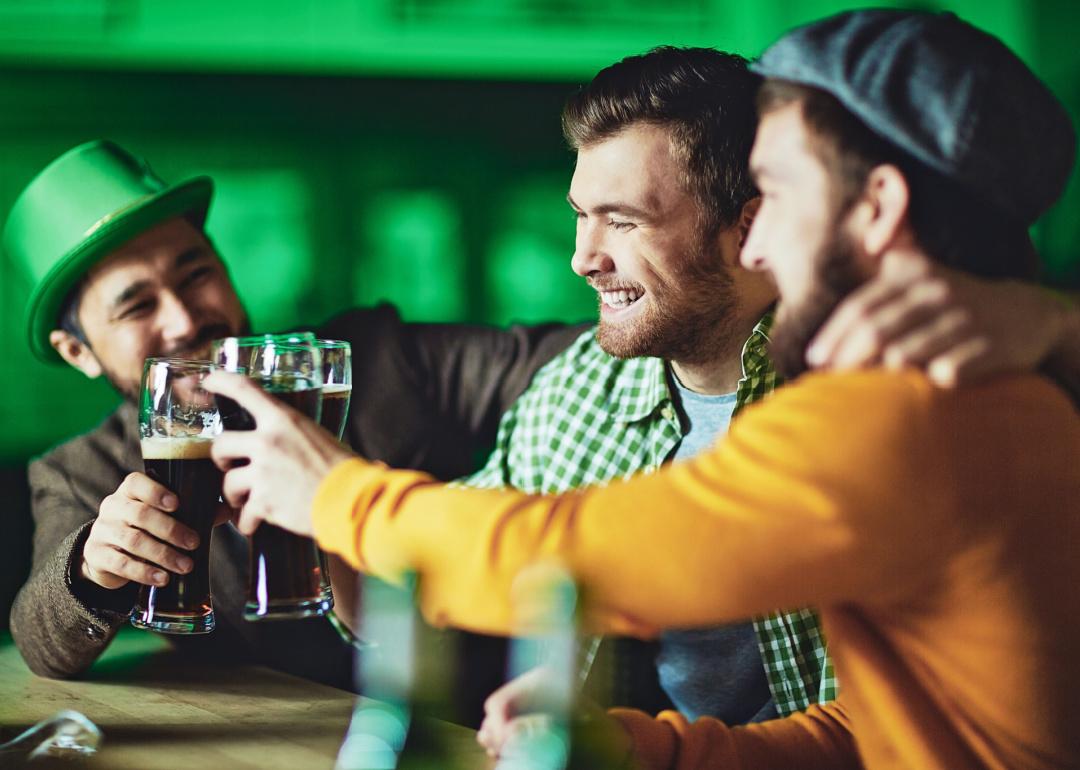 St. Patrick’s Day’s namesake was an important patron saint of Ireland who spread Christianity throughout the country and died on March 17 in A.D. 461. The holiday has become quite the brouhaha in the U.S.: St. Patrick’s Day represents a single-day, 174% spike in beer sales nationwide. 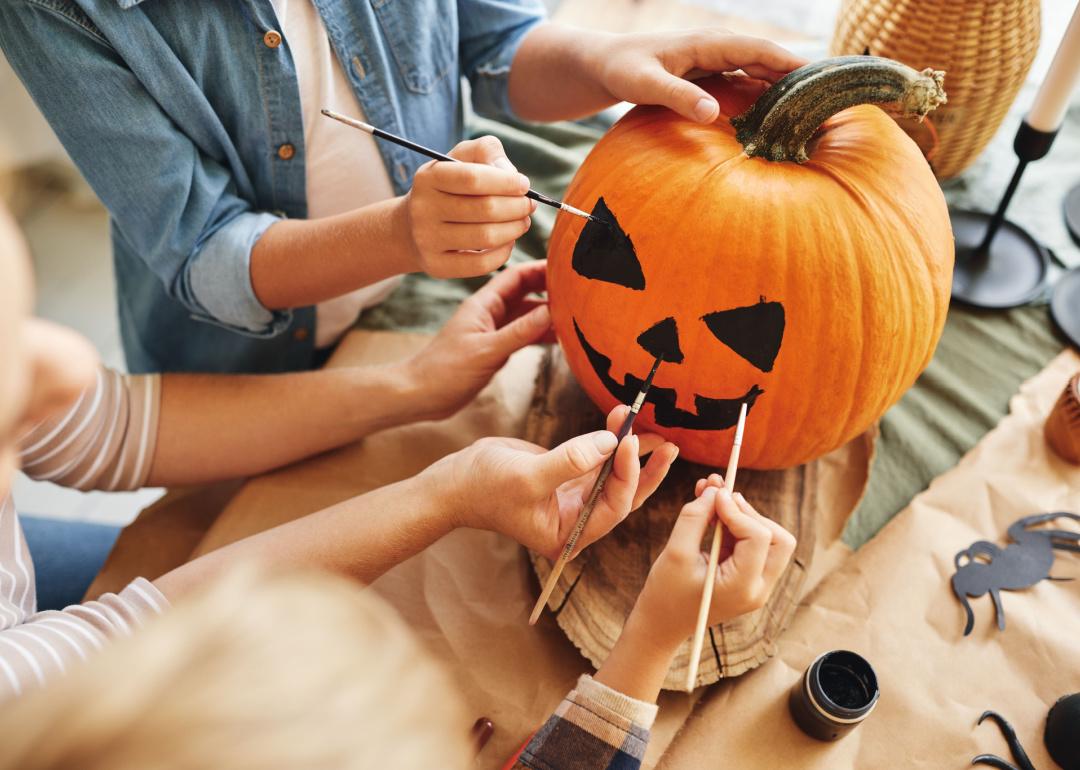 Halloween evolved from early Celtic bonfire festivals and the wearing of costumes to scare away ghosts to All Hallows’ Eve, the day before the celebration of All Saints’ Day on Nov. 1 each year. While every generation loves Halloween, the highlight of what is commonly called “spooky season” is most popular among millennials. 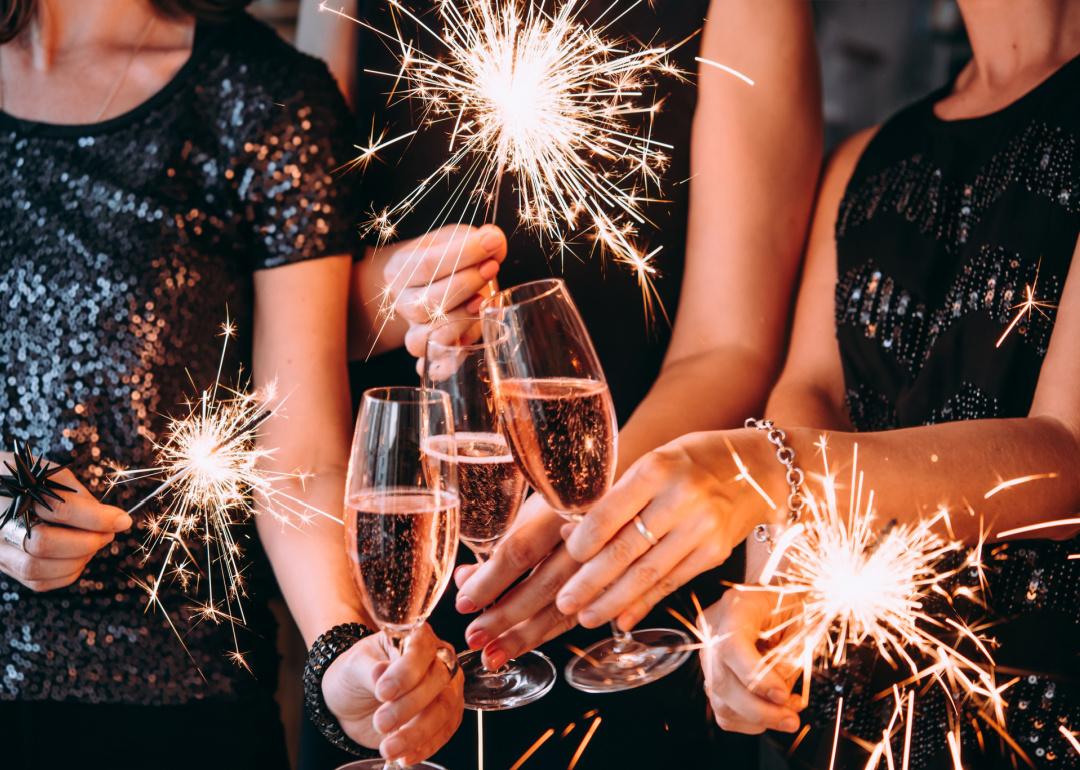 The New Year’s Eve tradition dates back to ancient Babylon around 4,000 years ago. The holiday observes the final day of the Gregorian calendar year. Today, the event is centered around sparkling drinks, fireworks, and year-end parties—making it perenially popular for younger generations. 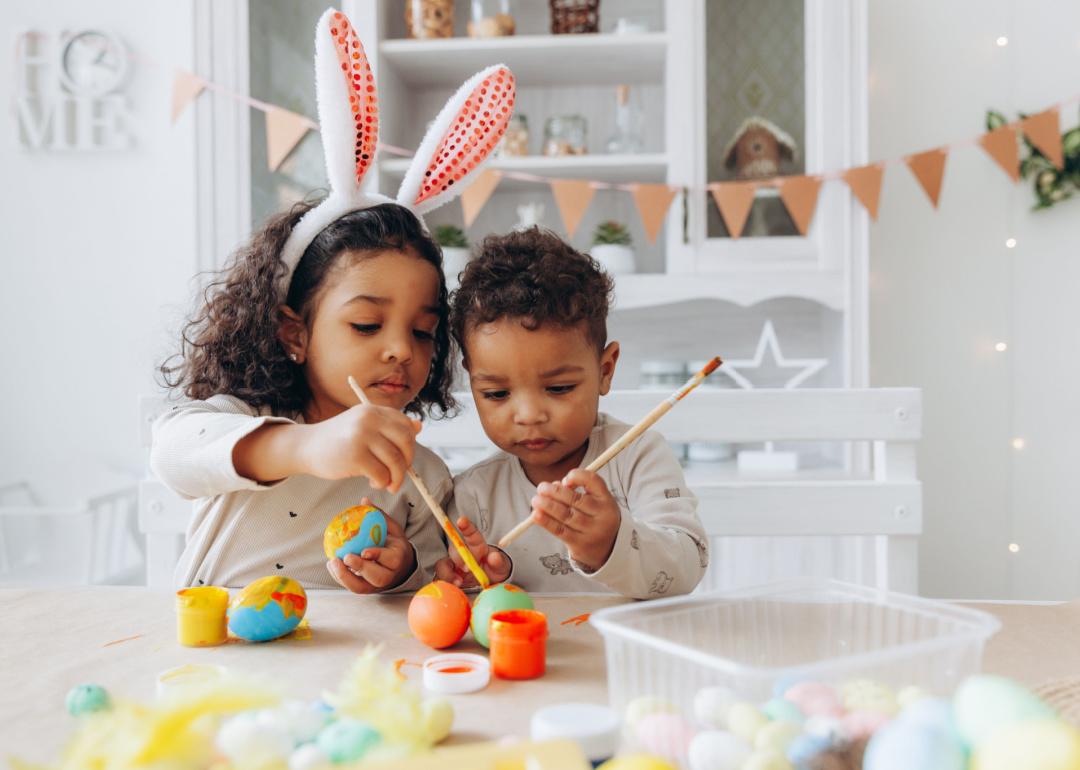 Easter is a Christian holiday commemorating the resurrection of Jesus Christ three days following his crucifixion death. Most popular among older Americans, it is observed on the first full moon after the spring equinox, which means it can fall anywhere from late March to late April depending on the year. The holiday often falls around the same time as the Jewish holiday of Passover. 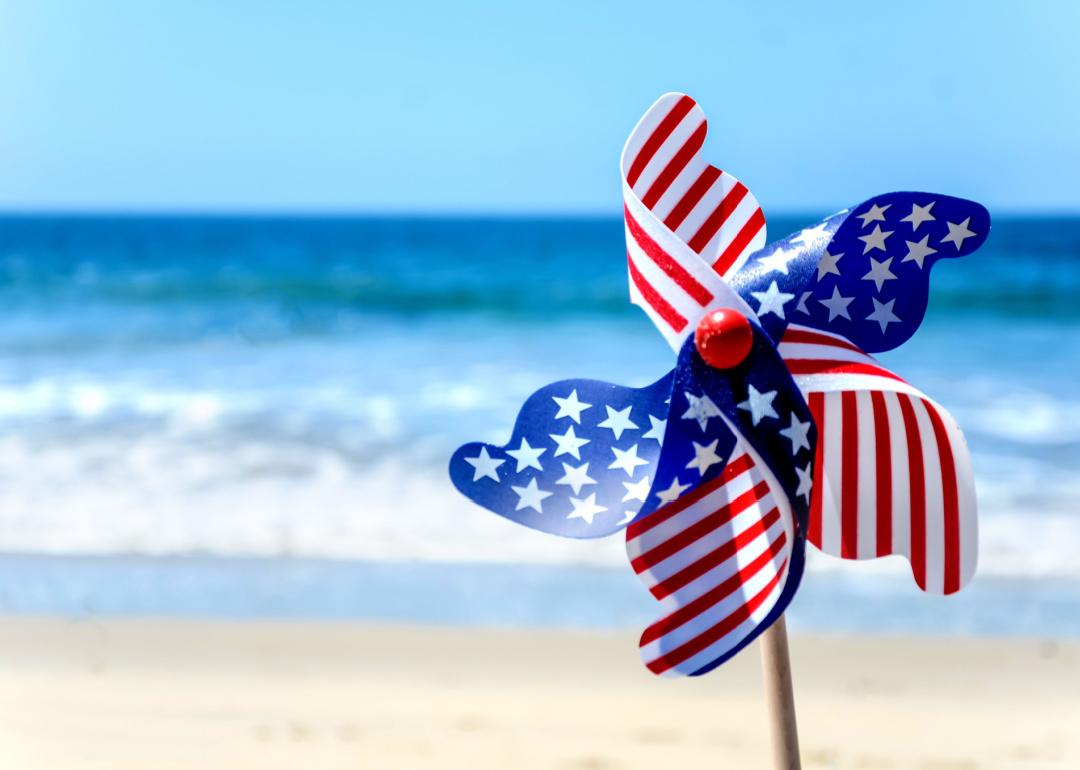 Labor Day takes place on the first Monday of September and is meant to celebrate the contributions of America’s working class.

The holiday was first observed in 1882 by New York City union members who organized a parade to celebrate their organizations. More than 20,000 people showed up; by 1894, Labor Day was recognized as a federal holiday. The holiday is particularly well-received among baby boomers, who range in age from ages 58 to 76. 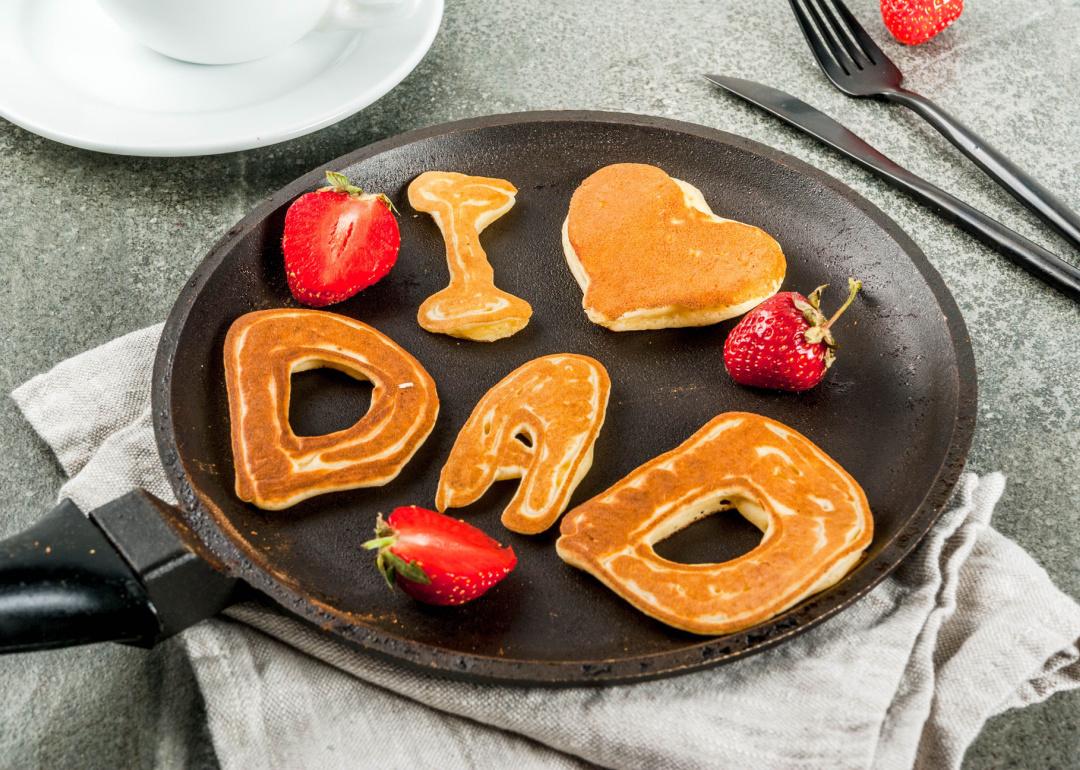 Father’s Day was first celebrated in 1910 in the state of Washington, but not recognized as a national day to honor dads until 1972. It may not rival Mother’s Day in terms of overall popularity, but a clear majority of of Americans observe this celebration of dads.

The holiday falls on the third Sunday of June each year. 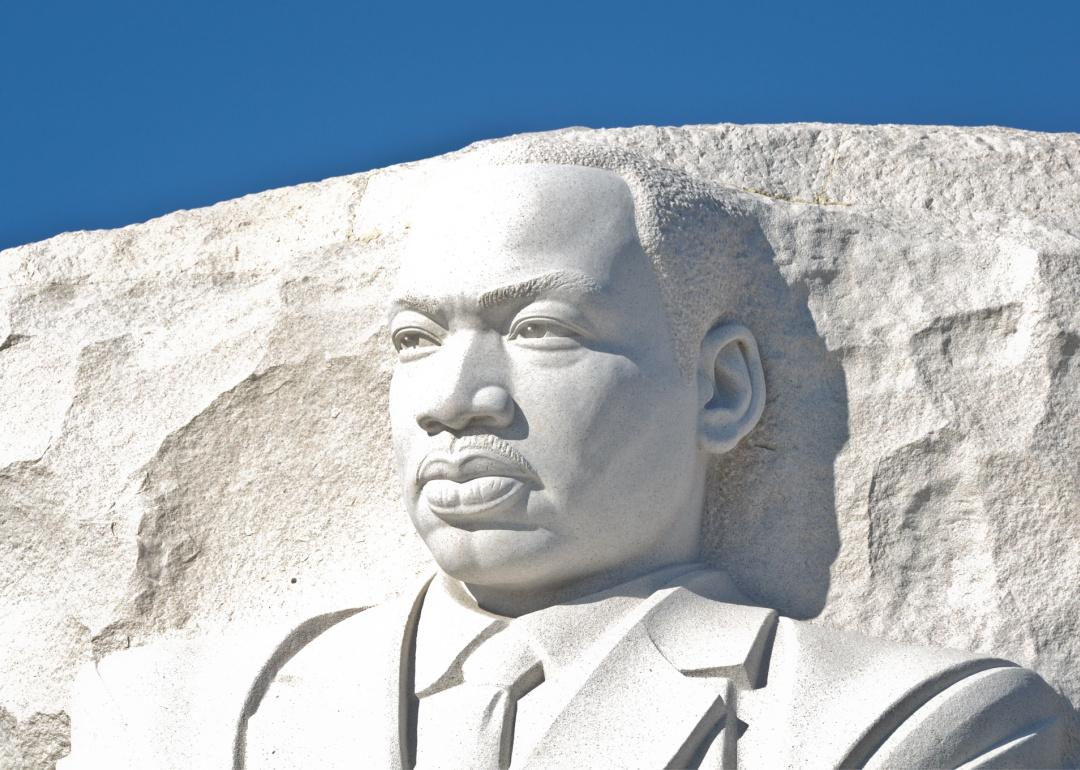 Martin Luther King Jr. Day is a celebration of the civil rights leader who dedicated his life to making the United States a more equitable place for all. MLK Day takes place on the third Monday of January, which typically falls near King’s Jan. 15 birthday. 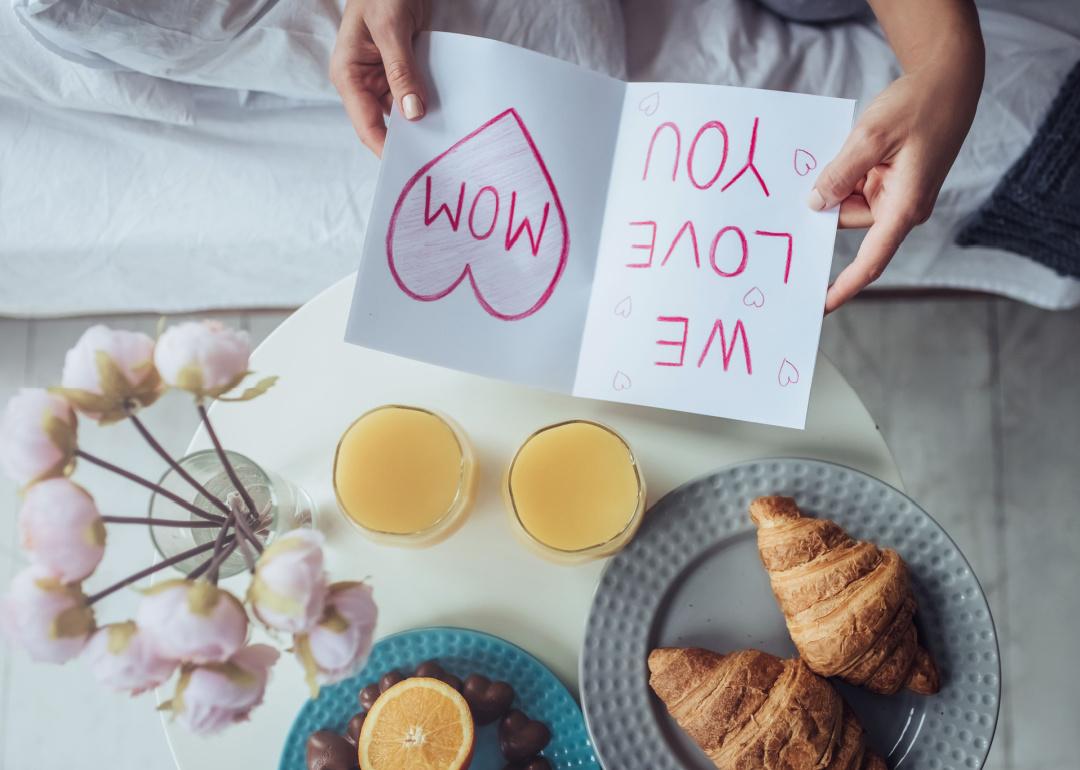 Mother’s Day typically falls on the second Sunday of May and celebrates moms and mother figures. This holiday has a huge commercial stronghold, with Americans spending $3.7 billion this year on flowers, outings, and meals for the mother figures in their lives, according to the National Retail Federation. The organization also estimated that in 2022, Americans spent an average of $245 per person for Mother’s Day. 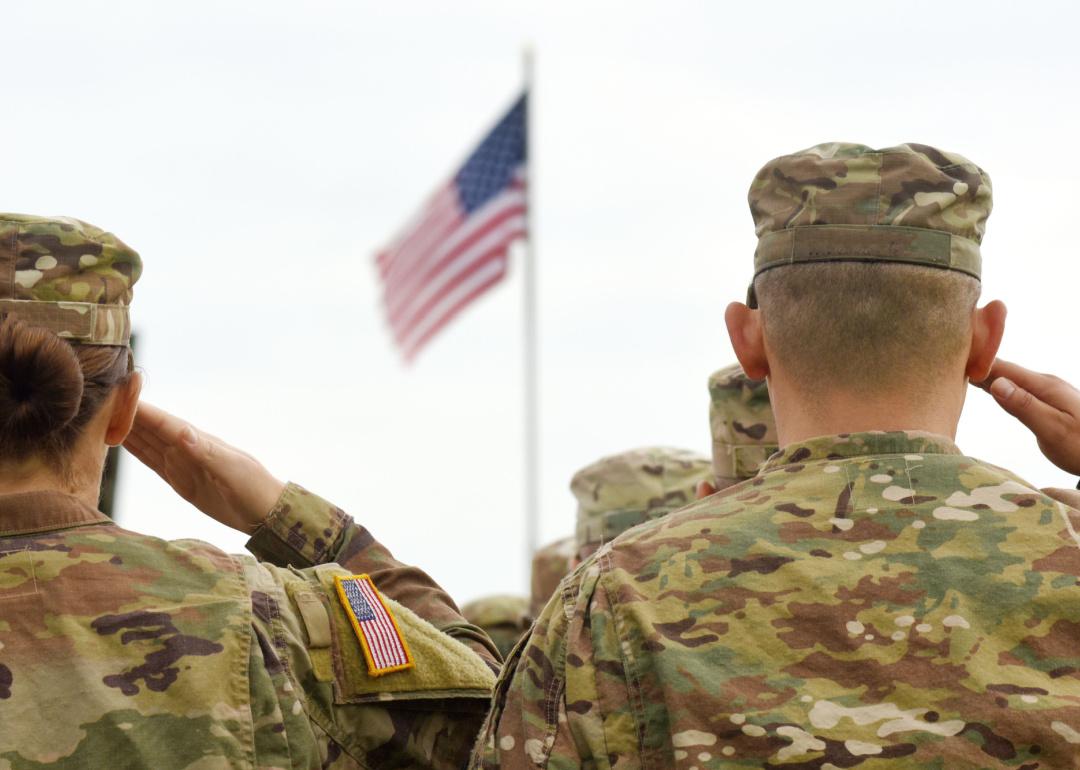 Memorial Day honors members of the U.S. armed forces who lost their lives during war.

It falls on the last Monday in May and, not surprisingly, is very popular among 85% of baby boomers. It makes sense for military holidays to have favor with members of this generation considering they were born in the wake of World War II and lived through their own wartimes including those in Korea and Vietnam. 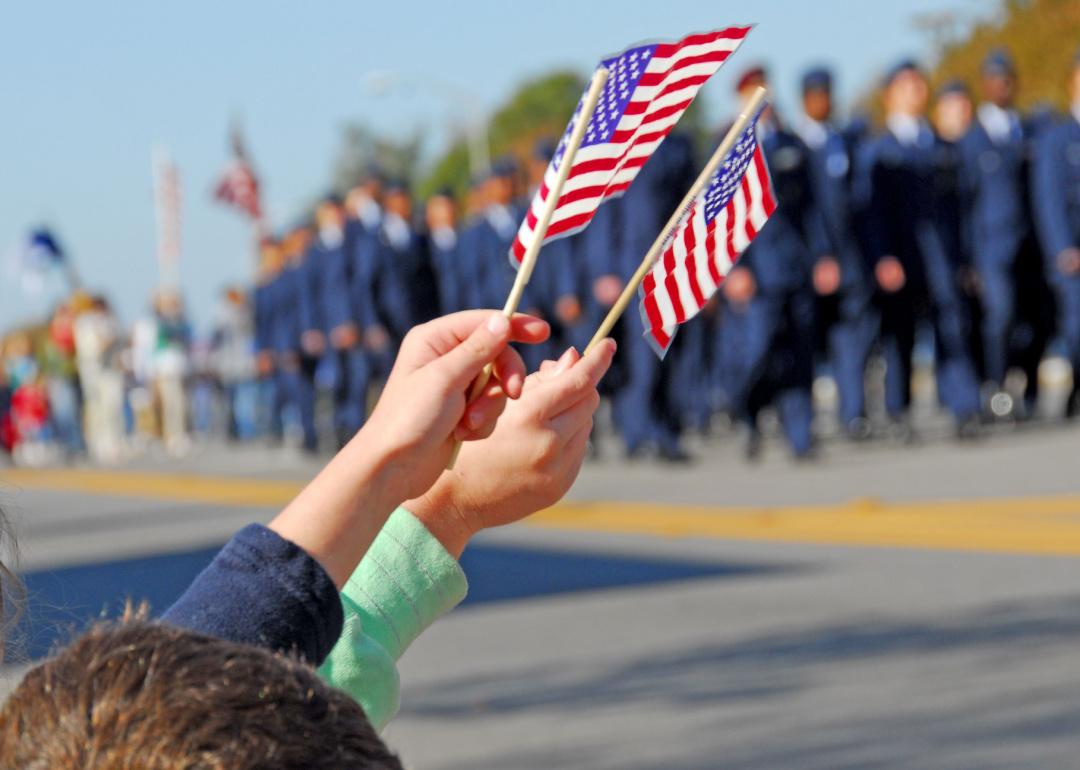 Often confused with Memorial Day, Veterans Day falls annually on Nov. 11 and honors all veterans of the U.S. Armed Forces.  As might be expected, the generation it is most popular with is baby boomers at 87%, which is the highest percentage for them among all holidays. 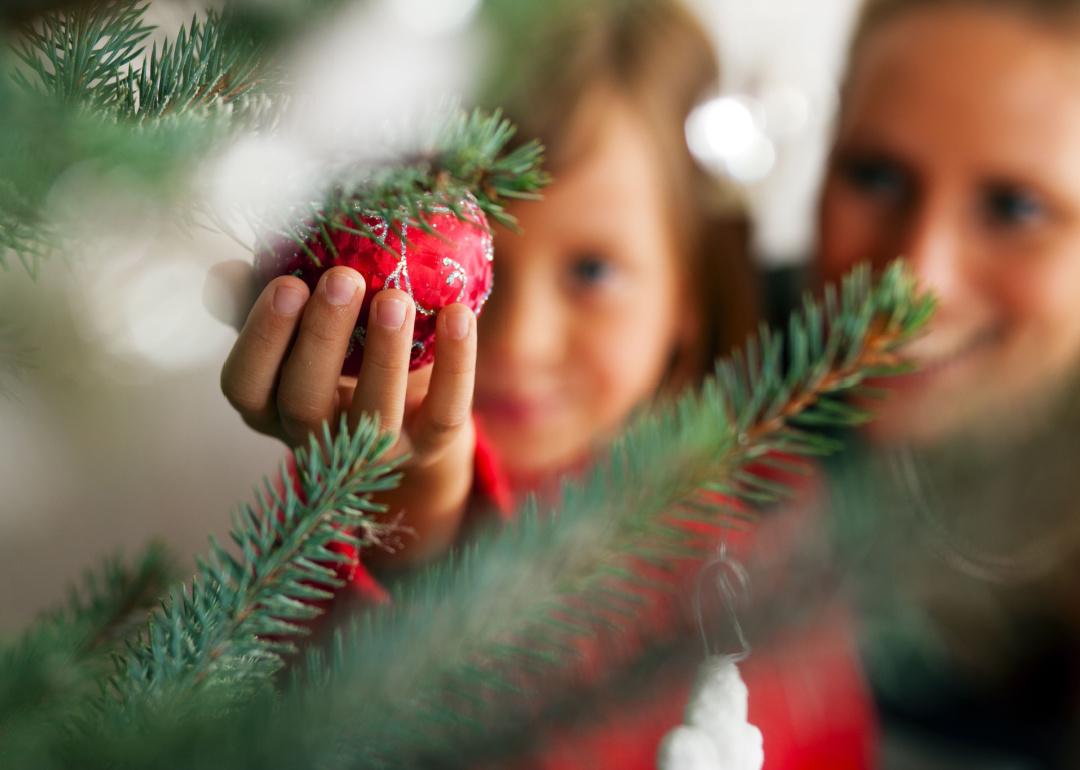 The Dec. 25 holiday has expanded beyond its religious significance over centuries. Even those who don’t practice Christianity often take part in cultural traditions, including decorating, gift-giving, charitable acts, and other forms of celebrations that take place for months leading up to the actual day. It’s become a significant contributor to the economy in the U.S., with the average American spending almost a grand on holiday expenses in 2021. 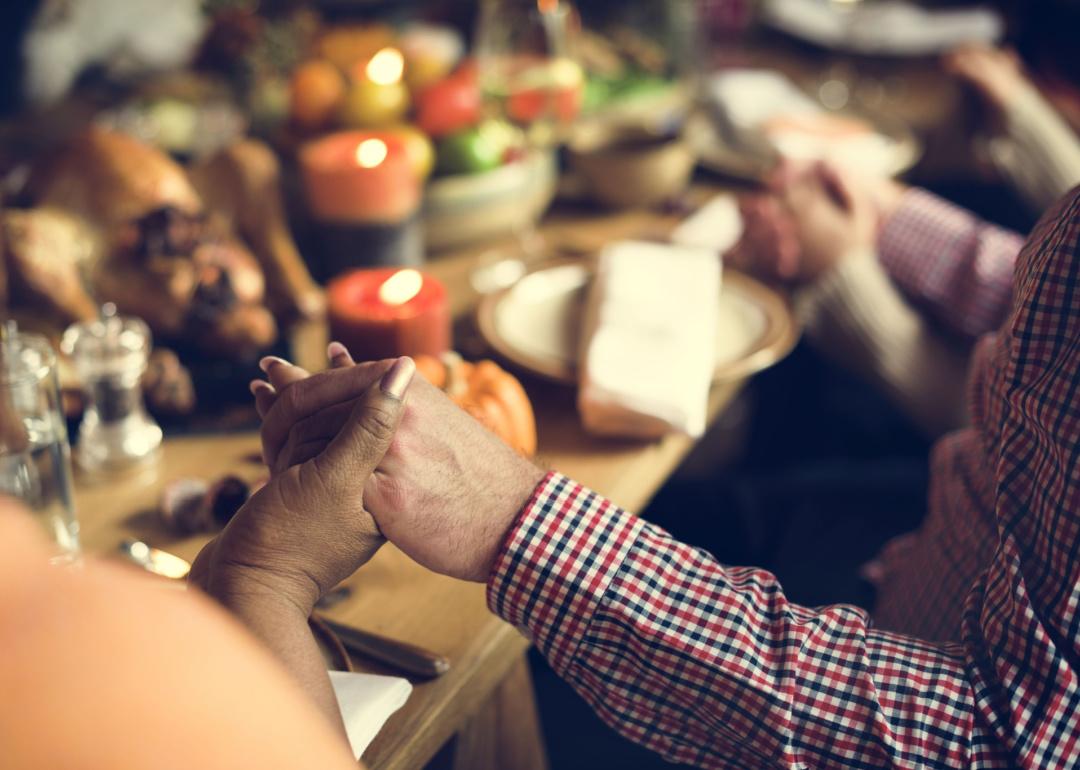 Thanksgiving takes the top spot among popular holidays, with 79% of Americans being all for gathering with family and friends around a giant table for some feasting. The holiday is bookended by the massive Macy’s Day Parade in New York City, streamed by more than 50 million viewers, and Thanksgiving-day football—with the American Kennel Club’s National Dog Show thrown in the mix as cooking gets started.

The holiday generally celebrates a time of harvest and, of course, tradition reigns supreme among older generations.

This story originally appeared on Pyn and was produced and distributed in partnership with Stacker Studio.

Public alert issued after claims of plastic in sausage

Ye to no longer buy Parler

Weinstein lawyer in closing: ‘Tears do not make truth’

These coffee gifts are great to give any coffee lover …

Best gifts to give a host