The definition of adulthood varies dramatically by the cultural or generational lens you’re looking through, and so the concept of “adulting” can be in constant flux. But have recent historic moments, including a global pandemic and its far-reaching impacts, significantly shifted the timeline of certain milestones for our younger generations?

In the mid-19th century, for example, adulthood was synonymous with marriage and parenthood. In 1950, the median age for first marriages was 22.8 for men and 20.3 for women, according to the U.S. Census Bureau. Fast forward to 2021 and ages have shifted to 30.4 for men and 28.6 for women.

And while 18-to 24-year-olds in the 1950s were buying houses of their own in the suburbs, 58% of young adults in this age group reported living with their parents in 2021.

Jerry took a deeper look at Census data and labor statistics to curate a list of seven significant changes to our lifestyles, economics and society that have shaped the way we “adult” over time. 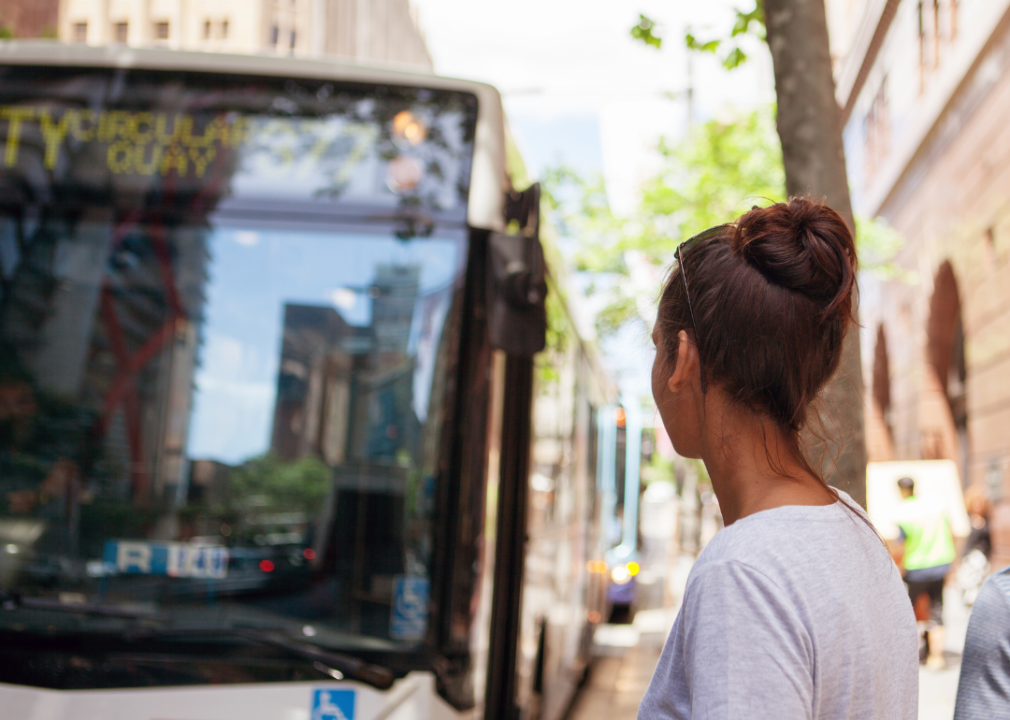 For decades, getting a driver’s license meant freedom for teens. But nowadays, younger generations don’t seem to be in a hurry to get in the driver’s seat. Nearly 92% of people aged 20-24 in 1983 had a driver’s license, according to data from the Federal Highway Administration, yet three decades later, in 2017, fewer than 80% did.

Anecdotally, adults without licenses have cited everything from preferring more eco-friendly transportation methods to the economy. A 2013 study conducted by the University of Michigan found that costs were prohibitive to some people while others simply didn’t feel they had time to pursue getting a license.

However, across all American households, car ownership rates have been fairly steady over the years. The number of cars per household hasn’t seen a significant change between 2001 and 2017 in either urban and rural regions, according to the latest data available from the U.S. Department of Transportation. So owning a car and all the responsibilities that come with it—taking out an auto loan, buying insurance, keeping up with maintenance—are still a part of American adult life, just at an older age. 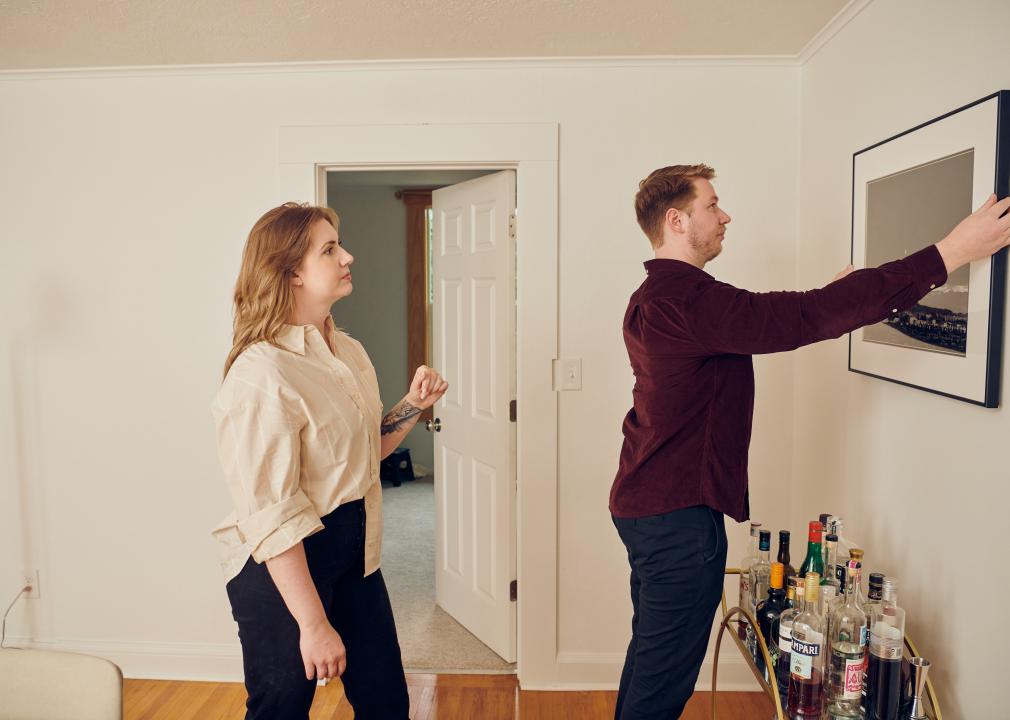 Life skills and experience is trailing for younger generations

Many of those who graduated high school or college around 2020 are only now entering the workforce for the first time, as the economy recovers from the pandemic. They’re learning for the first time how to work in a professional environment and budget their paychecks. Meanwhile, college graduates in the class of 2022 jumped straight into one of the strongest job markets in years, giving many a chance to shrink the skills gaps that appeared during the COVID-19 pandemic when jobs were scarcer. At the same time, however, life skills gaps are widening.

Growing inflation, a high cost of living, and record-high student loan debt have hindered the ability of many millennials and Gen Zers to achieve typical adult milestones, like buying homes or having children. That means more people are getting a crash course in life skills later in life, from holding a mortgage to budgeting for a household. 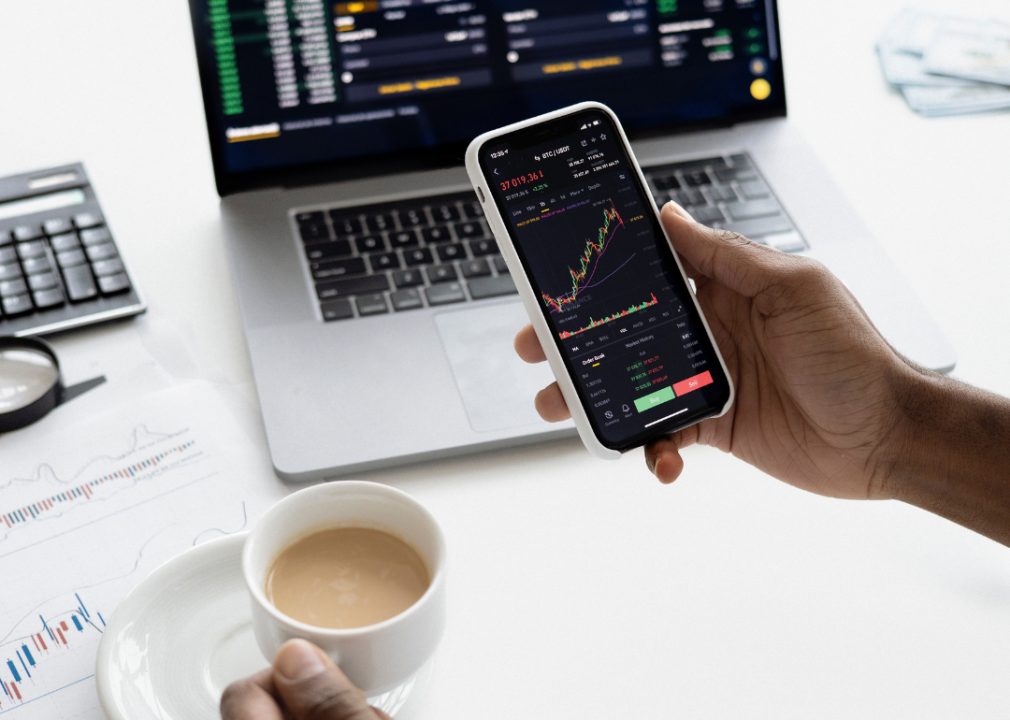 The amount of savings in the average U.S. bank account saw a steady decline from the 1970s through the 2000s. Average savings spiked during the peak of the COVID-19 pandemic in 2020 as spending flatlined and bank statements grew overall amid shutdowns and government aid. But Americans have burned through their savings since, with about $9,000 less saved on average in 2022 than in 2021.

And the money that does get set aside for a rainy day looks very different than it did even 10 years ago. Virtual savings accounts, the evaporation of brick-and-mortar bank branches, a rising interest in cryptocurrency, and stock apps that allow for partial shares and control from a smartphone have brought investing virtual—a status that would be unrecognizable to previous generations. 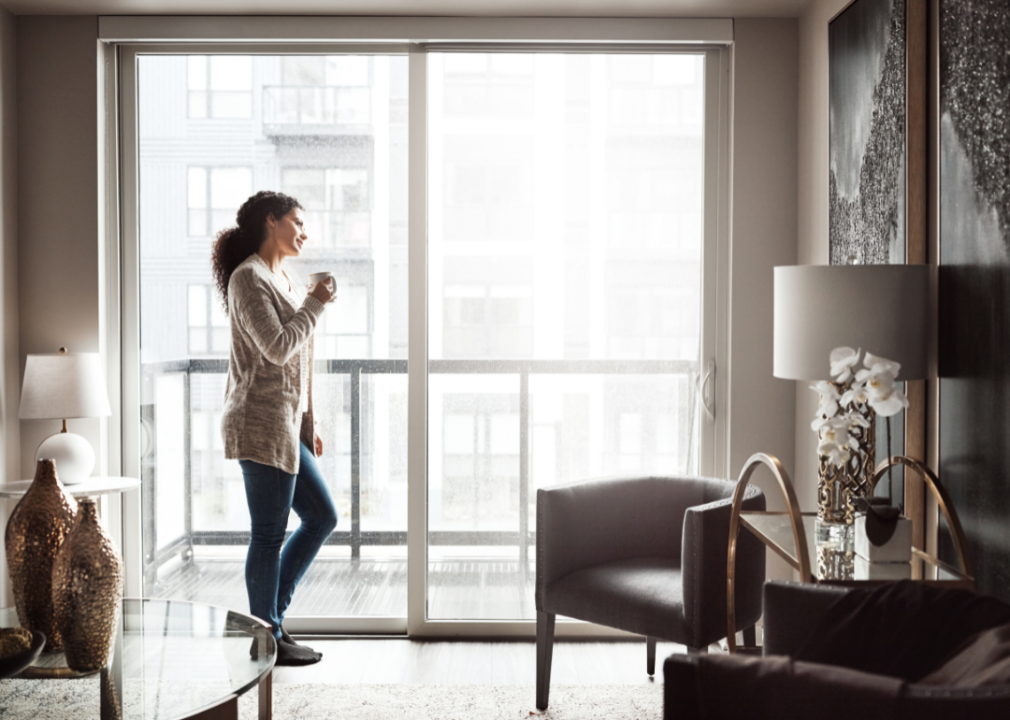 More than a quarter of American adults now live alone

These days, more American households consist of people living alone as many are delaying milestones such as marriage and starting a family. In November 2021, the U.S. Census Bureau reported 37 million single-person households, which accounted for 28% of all households across the nation. In 1960, those numbers were very different with just 13% of homes being occupied by one person.

There’s also been a change in living arrangements over the years. American men and women ages 25-34 were more likely than those in the 18-24 demographic to live with an unmarried partner. 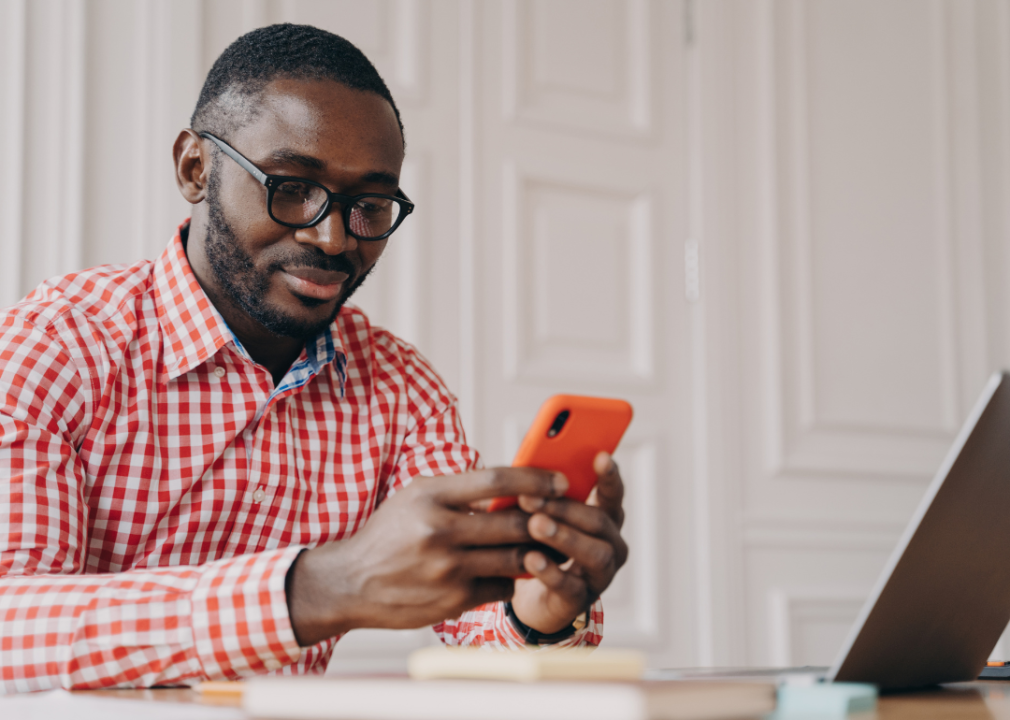 Adults are getting married later and having fewer children

Younger generations today are more independent and career-driven than their predecessors, which translates to marriage and child-rearing years being pushed back.

The average age when people are first married rose by 4.3 years for men and 4.5 years for women between 1990 and 2021, according to census data. A 2021 Pew Research survey revealed that 44% of adults between the ages of 18-49 who are not yet parents said it is “not at all likely” they will ever have children. For parents younger than 50, nearly 3 in 4 said they were unlikely to have another child. 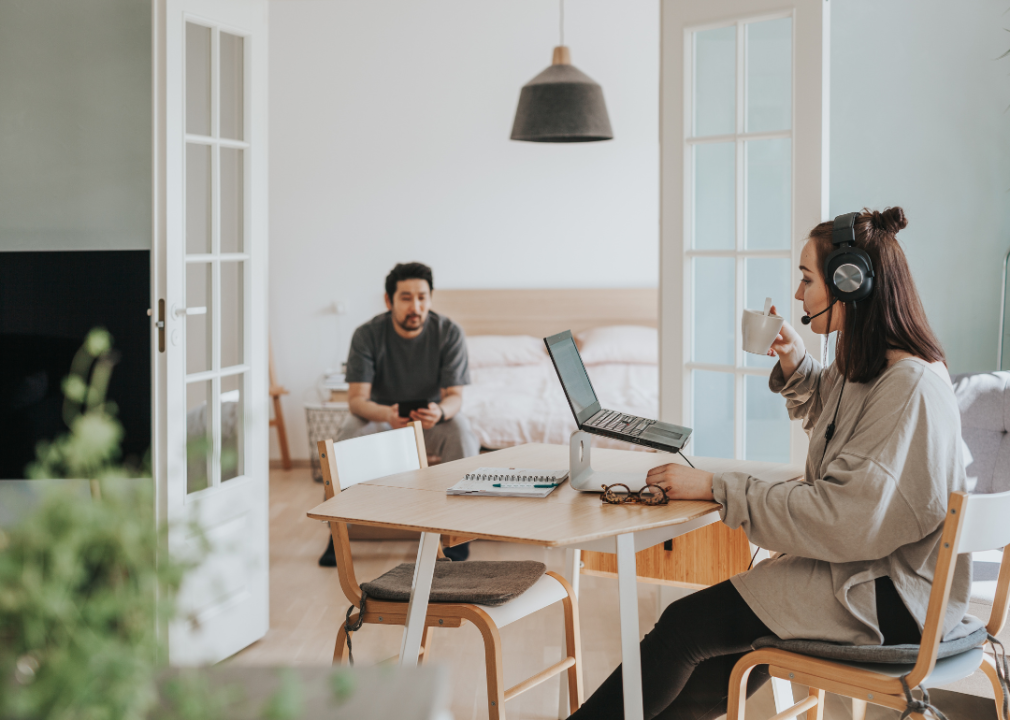 Dual-income married households represented between 52-58% of homes in the U.S. between 1998-2017, according to consumer expenditure data from the U.S. Bureau of Labor Statistics. The proportion of these households doubled from 1960-2000. Several factors contributed to this change, including a rising cost of living and more women taking on jobs; by 2020, 56% of women were part of the American workforce. 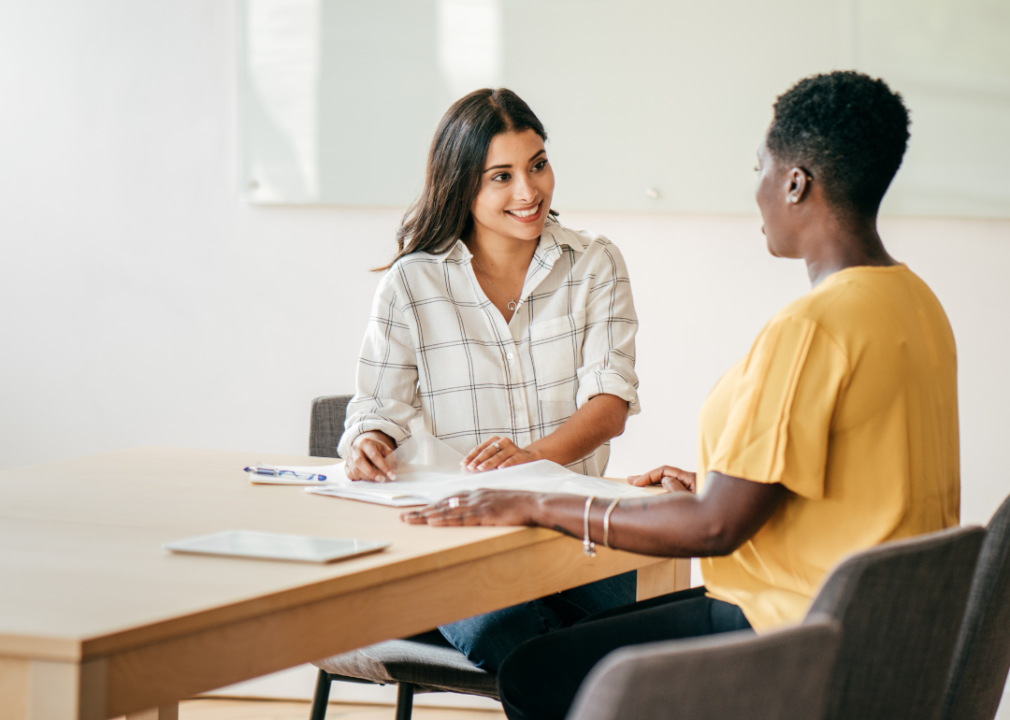 Certain types of employees in large cities, from teachers to firefighters, began receiving public pensions in the mid-1800s. In 1875, the first private pension plan was offered by American Express. Many American industries by the 1920s provided their employees with some sort of support for retirement years—which at the time was considered to begin at age 65.

Nearly half of all private-sector employees in 1980 utilized traditional pension plans, but by 2021, that was true of just 11% of those workers. Pensions lost prevalence as 401(k) plans rose in popularity during the ’80s to become the dominant retirement offering by companies for American workers.

Older millennials (those born between 1981 and 1988) believe they will still be working in some capacity during their retirement years.

This story originally appeared on Jerry and was produced and distributed in partnership with Stacker Studio.

Brandon man dies in crash on U.S. 49 in Rankin County

Best deals on popular gifts that will arrive in time …

How to wrap a present

These discounted stocking stuffers are worth buying …

Best Black Friday deals that are half-priced or better

Black Friday gifts and essentials to buy for yourself

Start your Cyber Monday shopping now with these early …