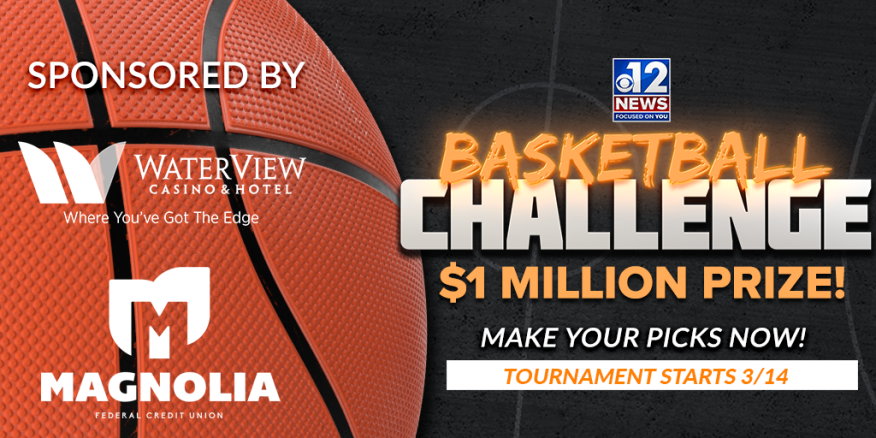 STARKVILLE, Miss. – A school-record 10,626 packed the Humphrey Coliseum to watch No. 10 Mississippi State and No. 2 South Carolina battle to the final seconds of a Southeastern Conference women’s basketball thriller Sunday night.

In the end, a veteran South Carolina squad made enough plays to hold off MSU’s spirited upset bid, grabbing a dramatic 57-51 victory.

Click the video above for highlights and Tyler Greever’s recap from Starkville.

“That was a heck of a basketball game,” MSU head coach Vic Schaefer said. “We ran out of time. To go toe to toe with a team of that caliber is impressive. We are not here for moral victories but I am proud of how we executed and how hard we competed.

“When you play somebody in the Top 2 or 3 in the country, it comes down to possessions. You have to make the little plays for 40 minutes. We made them for 39. You talk about competing your tails off.”

MSU fell to 17-4 overall and 4-3 in league play. South Carolina remained one of the nation’s two undefeated teams with an overall record of 19-0 and a league record of 7-0.

Overall, it was the fourth largest crowd in the history of the coliseum – men or women, and the largest in women’s records after the Bulldogs claimed the second largest on Monday in a win against Ole Miss.

The crowd is also the largest ever to watch a women’s college basketball game in the state of Mississippi, the fourth largest in state history men’s or women’s and the 22nd-largest crowd in women’s basketball this season.

“The crowd was so special,” Schaefer said. “And it’s happening right here in Starkville, Mississippi. Everybody turned out and we were appreciative. I know we will have another great crowd Thursday night against Tennessee.”

The contest was defensive throughout. The Bulldogs shot 36 percent or less in each of the four quarters. The Gamecocks were below 36 percent in two of four quarters and matched a season-high 21 turnovers while scoring a season low for points.

MSU converted 4 of 17 shots from the field in the opening quarter but led 8-7 after the period.

Things remain tight in the second quarter with the lead changing hands a couple of times.

Vivians hit a basket to push the Maroon and White to a 16-11 lead with 6:21 left in the half. South Carolina followed with the game’s next seven points for an 18-16 advantage.

The Bulldogs battled back for a 20-19 lead on a William layup, but a three-pointer by USC’s Tiny Roy as the half expired gave the Gamecocks a 22-20 lead at the intermission.

South Carolina turned up the defensive pressure to start the second half as MSU was held right at four minutes without points. The Gamecocks scored the first six points of the third quarter for a 28-20 lead.

A 3-pointer by Dominique Dillingham and basket by Breanna Richardson had the hosts back within 28-25. Still, South Carolina came right back for an eight-point lead at 34-26.

The Bulldogs followed with the final four points of the quarter to pull within 34-30.

A 3-pointer by Vivians brought the Bulldogs within 34-33 to start the fourth quarter. One last tie was broken when South Carolina scored seven straight points to build a 42-35 lead.

The Bulldogs closed within one point twice down the stretch but could not claim another lead.

“The crowd was great,” MSU sophomore Morgan William said. “Every time we made a great play, they pumped us more. I loved the atmosphere.”

MSU remains home for a Thursday contest against No. 18 Tennessee. The Bulldogs and Lady Volunteers tip at 8 p.m. with the game being shown nationally on the SEC Network from the Humphrey Coliseum.

Man shot, killed at Texaco on State Street in Jackson

According to witnesses, the man was shot inside a vehicle outside the Texaco gas station. The Hinds County coroner responded to the scene.

NATCHEZ, Miss. (WJTV) - A Franklin County man was sentenced to 20 years in prison on Wednesday for the sexual battery of a 13-year-old.

The Natchez Democrat reported Sherman Jackson, 33, was sentenced after he pled guilty to the charge.

It’s unclear how the money will be allocated within the state, but EPA Administrator Michael Regan said states should prioritize underserved communities, calling the law “a historic opportunity to correct longstanding environmental and economic injustices across America.”

1 killed, 3 injured in crash on Highway 3 in Yazoo County

Man wanted for deadly shooting on I-55 in Copiah County

Man shot, killed at Texaco on State Street in Jackson

1 killed, 3 injured in crash on Highway 3 in Yazoo County